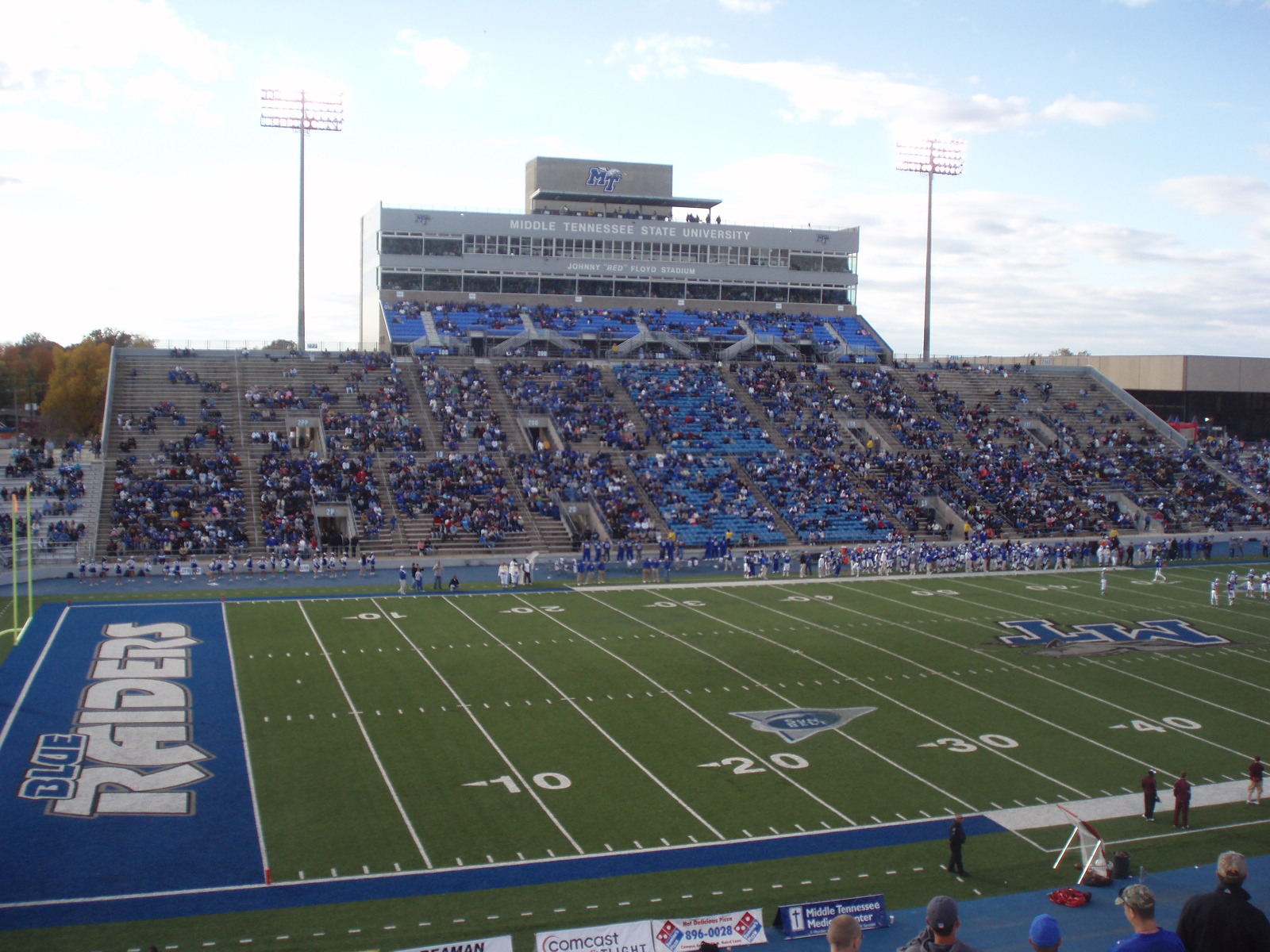 Just forty five minutes south of Nashville lies Murfreesboro, Tennessee. This is not the type of town that will be found in bold print on a map, but the passion for their Blue Raiders is well highlighted. Middle Tennessee State’s campus pops up in the middle of this sleepy town with the stadium being the focal point, as many southern schools are. Being in the Sun Belt, one might expect to find a dinky stadium that seats only a few willing fans. However, this double decker stadium is impressive and holds a congregation of very involved fans.

Although not packed the day we visited, the crowd was rather mighty for a team holding no chance of winning the conference or going to a bowl. The Blue Raiders just recently entered division one status and they have competed well already beating a few BCS conference teams and undaunted about playing the big boys. The band is full of southern flair and the fans are full of southern passion. Don’t cross an MTSU fan and expect to get silence in return –  it’s serious football in these parts. Enjoy a little pregame tailgating, get your face painted, and soak in a little soul and spirit – that’s what makes up the outstanding gameday atmosphere here in central Tennessee.