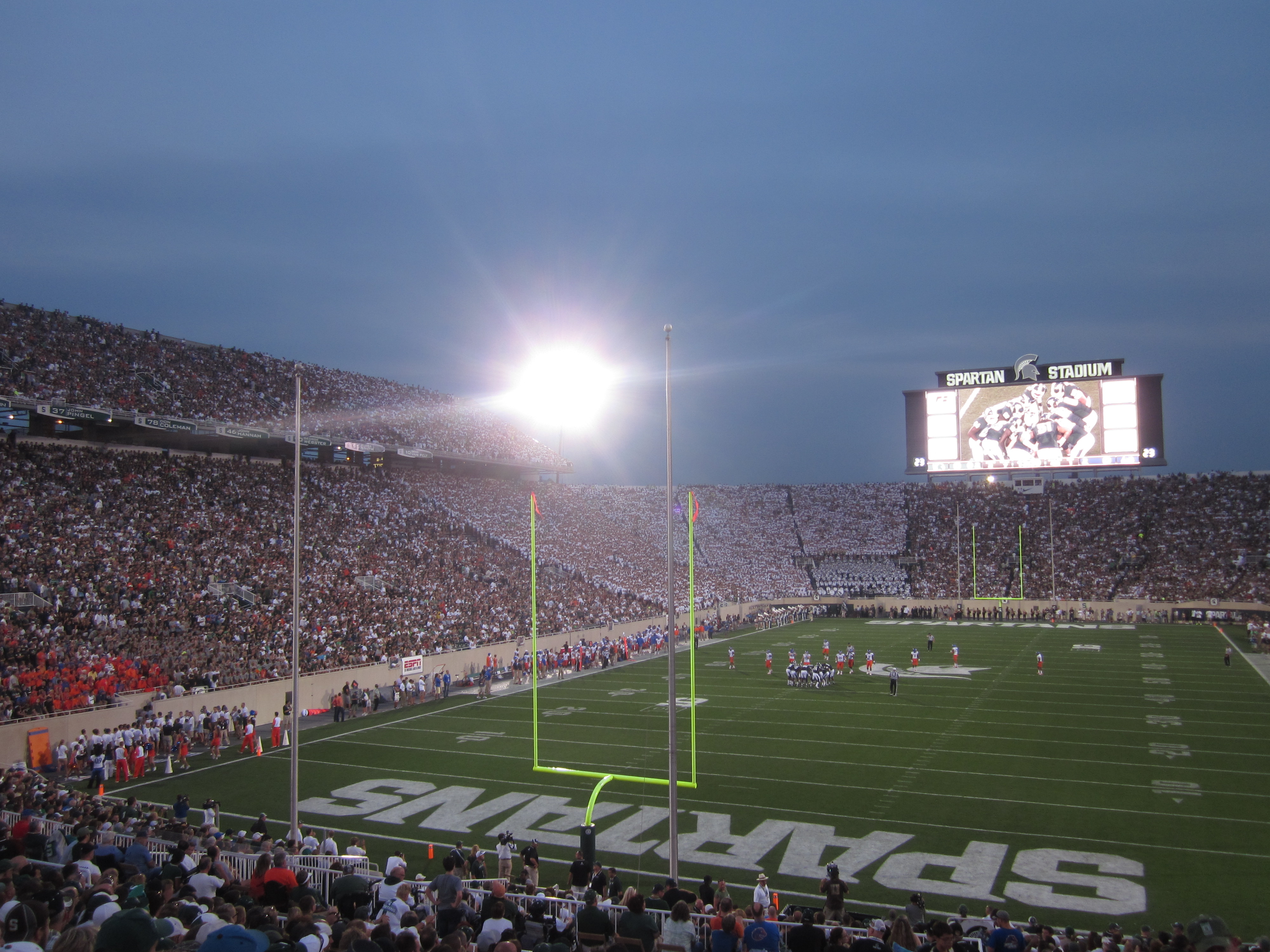 Spartan Stadium is a tall structure set amongst the beautiful campus in East Lansing. For the most part, the green clad fans are gracious and modest. Even if you come across some that are less welcoming, they quickly become allies when negative comments directed at their hated rival, Michigan, are volunteered. It’s an effective way to make friends in the area.

Autumn in the state of Michigan is extraordinarily colorful and it makes for a classic college setting. The stadium is equipped with a complete bowl for the lower deck and two upper decks that leave the ends open to views of the campus and the picturesque Red Cedar River.  Although those views have grown largely obscured by the gargantuan scoreboards that adorn the north and south sides of the arena.

The Spartan band is powerful and makes a grand entrance. The fight song will stick with you – I know when I left East Lansing, I had “FIGHT! FIGHT! RAH! TEAM! FIGHT! Victory for MSU!” lodged in my brain.

I leave East Lansing proud of their intense Big Ten atmosphere. You can feel the stadium saturated with history and tradition along with a undying faithfulness to the green and white.