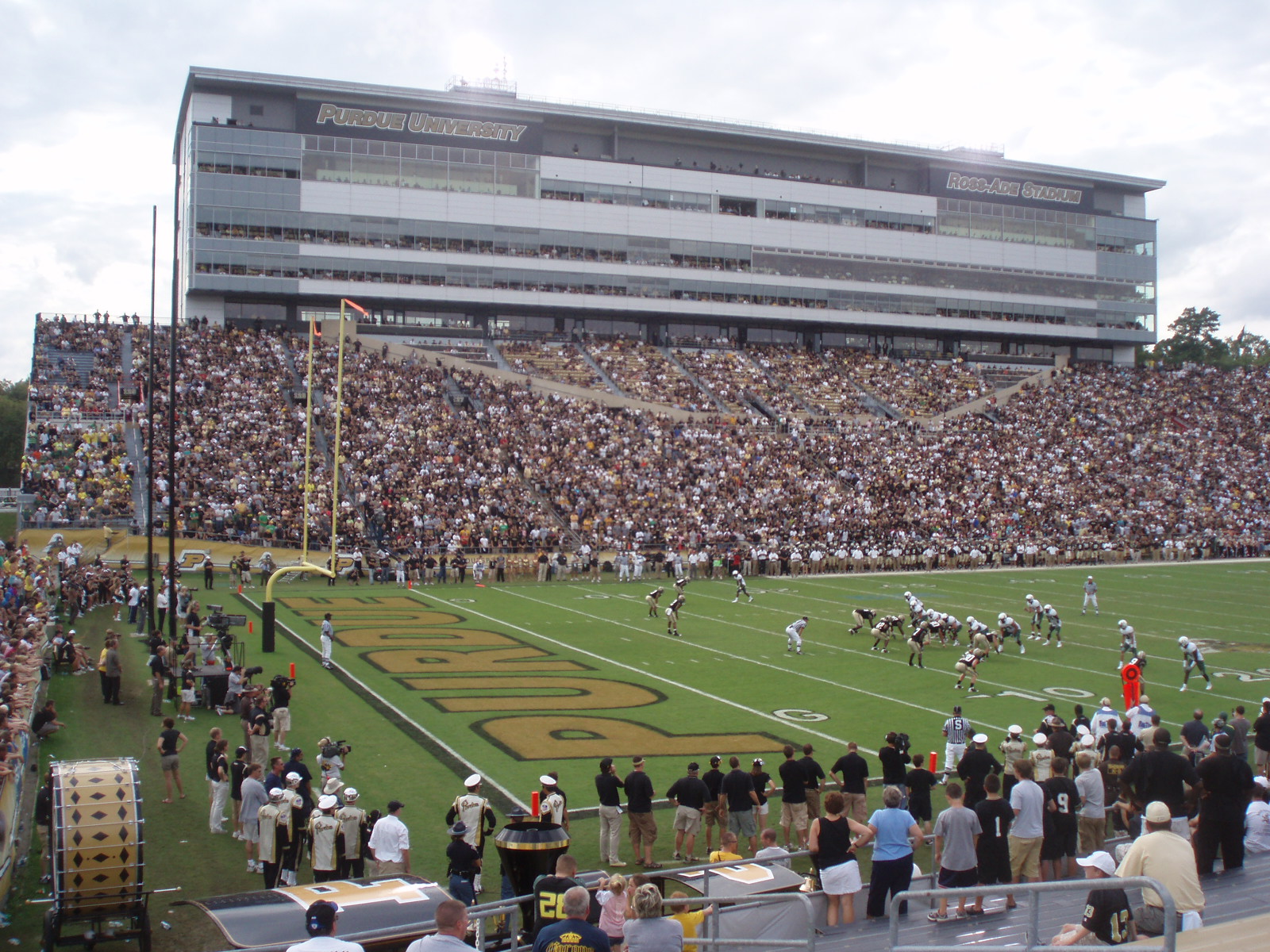 Mix together typical American homes with welcoming folks, well-appointed lawns, tree lined streets, a dash of cornfield and a sprinkle of charm and you have West Lafayette, Indiana. Ross-Ade Stadium lies in this town as a landmark at Purdue. It falls in line beautifully with the red-bricked architecture that is contagious throughout campus. Visitors get a sense of West Lafayette’s midwestern appeal as soon as they begin their search for parking because many of the locals happily open their lawns to cars from out-of-town areas.

If you find yourself on Chauncey Hill early in the morning, don’t expect coffee to be the drink of choice.  This area is the main drag on campus and at the crack of dawn on gamedays, Boilermaker students and various fans pack the bars to enjoy an alcoholic breakfast of champions.  It is popularly referred to as the “Breakfast Club,” and has been a tradition at Purdue since the 1980s.

As gametime approaches, fans are surrounded by a flurry of activity from the antics of Boilermaker Pete, to the World’s Largest Drum, to the train whistle from the Boilermaker Special.  The All American Marching Band also makes several appearances with its trusty oversized drum keeping a thunderous beat.  The Purdue band continues its powerful and dramatic performances throughout the game.  In fact, this group is widely known as the first to break traditional rank and form a team logo on the field.  The “Block P” has been a centerpiece of gameday since 1907.

Another notable tradition at Purdue is the tribute to America that occurs at the onset of the game.  It is concluded with the crowd shouting, “I Am An American.”  This ritual got its start during the political turbulence of the 1960s.  The intent was to inject the crowd with positive and passionate patriotism. Today, the words are still uttered with a true sense of fervor and loyalty.

Ross-Ade Stadium is a special place with all the bells and whistles – literally.  This stadium is one of the few that has maintained its structural integrity – classic and historic. The combined experience makes gameday in West Lafayette worth many return trips.