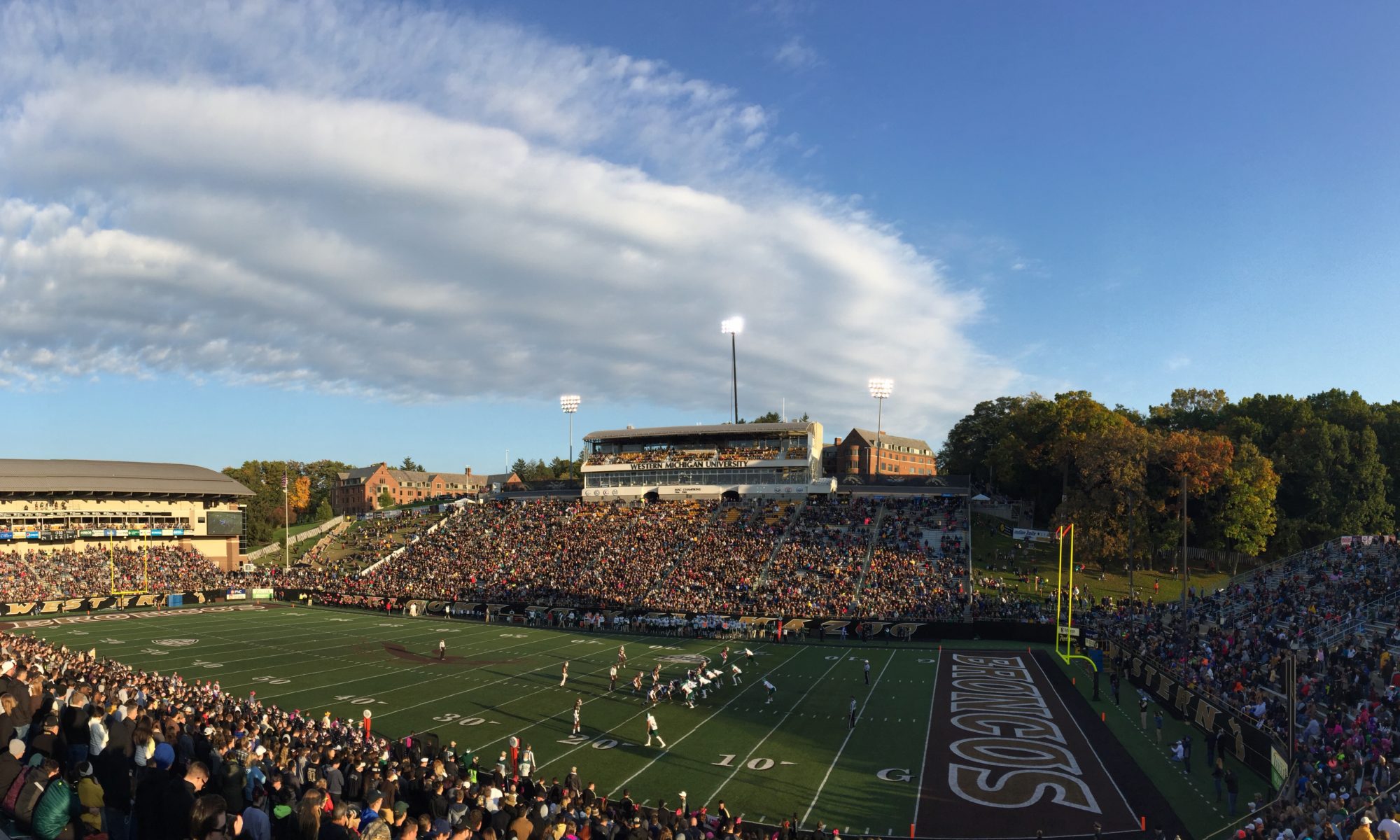 The scene in Kalamazoo is one of those that gives the smaller venues in college football a great reputation. The fans that fill Waldo Stadium are lively, devoted, and help to make Western Michigan football relevant.

Campus tends to get a little empty on game day because the activity is centered around the stadium, which lies at the edge. A few popular watering holes dot the area and tailgating is in full swing. The WMU band will put on a show for a throng of brown and gold clad followers, thus  heightening the anticipation for kickoff.

Waldo Stadium is built into a hillside giving it a unique look. Fans fill the stands for their beloved Broncos and watch as Triumph, a live horse, leads the team onto the field. Buster Bronco hangs out on the sidelines entertaining an enthusiastic fanbase. This place has such a classic, almost old world, college football feel – nothing super fancy, just tailgating, the band, the mascots, and hearty supporters.

Part of the charm of the stadium is the hillside that fans stretch out upon. Kids and their families toss around the football and watch the game from this perspective. With the hill being across from the student section, it is hard to avoid the incessant play of the WMU fight song. Most school songs tend to be catchy, but this one was like crazy glue to your memory.

With a victory, the band and football team collect by the students and raise their helmets while the catchy anthem was played once more. Waldo Stadium proves that college football exudes an exciting atmosphere regardless of stadium capacity or national acclaim for the home team. The denizens of Kalamazoo involve themselves so deeply into their team and the after effect leaves a lasting impression.  Waldo Stadium is one of those special places that you enter feeling the palpability of tradition and exit humming the fight song.