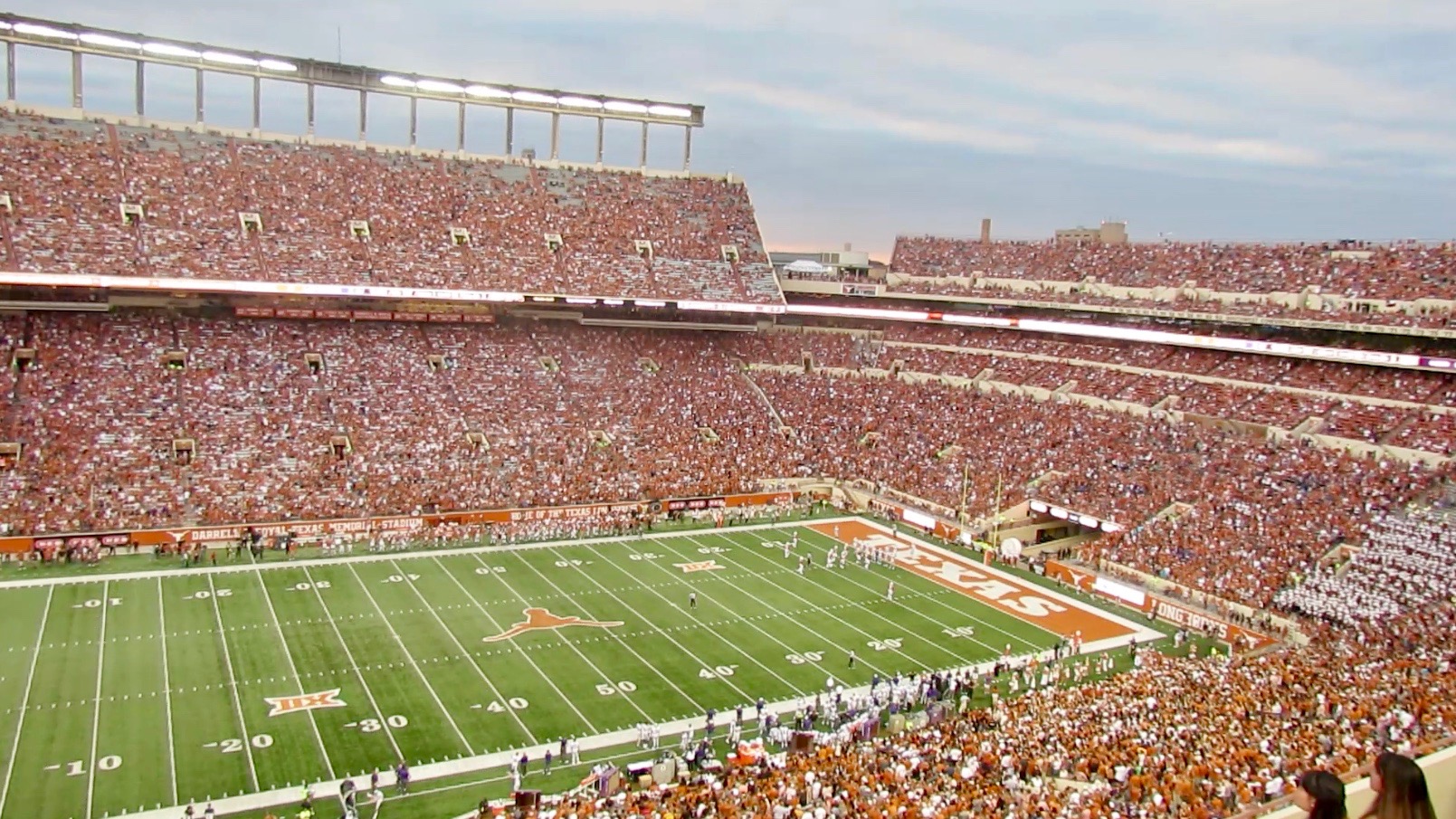 Texas is one of those iconic places filled with symbols,  tradition, and  history – it’s like no other. Darrell K. Royal Texas Memorial Stadium is cavernous, towering, and imposing. Fans gather outside this arena to watch their Longhorns arrive a few hours before kickoff all to tune of “Texas Fight.”

The symbols that speak to Texas tradition come out in full force once inside the stadium. Big Bertha, on oversized drum, is wheeled out with the band as Smokey the Canon is blasted reverberating amongst the stands. The World’s Largest Texas Flag is then unfurled to boldly express state pride.

Arguably the most recognizable hand signal in college football belongs to Texas. Debuting in 1955, the extended index and pinky fingers was imagined because it resembles a longhorn. Named the nation’s top hand signal by Sports Illustrated, Hook ‘Em Horns is a unifying symbol whenever Longhorn fans gather.

Guarding the sideline on Texas gamedays is the beloved longhorn steer mascot, Bevo. Several Bevos have keep this tradition alive on the Texas sideline since 1916. Bevo is handled and cared for by the Silver Spurs, a student driven spirit and service group. This Texas sized mascot is recognized nationwide and stands as an lasting symbol of Longhorn pride.

School spirit manifests itself in many ways. None can be quite as captivating as when 100,000 people sing an alma mater in unison. “The Eyes of Texas” is that unifying song for Longhorn fans. The sea of burnt orange becomes one in this moment – something special that makes College Football stand apart.