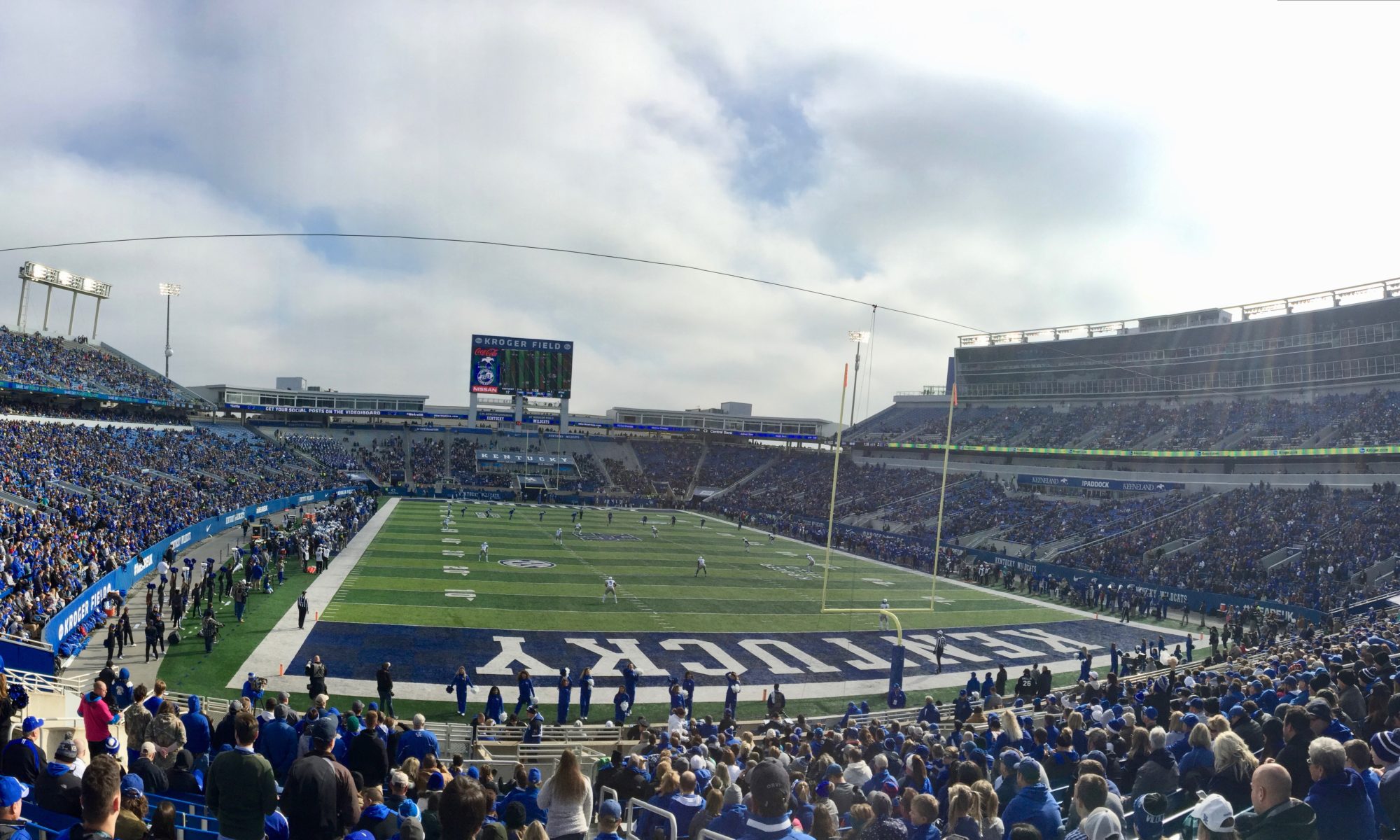 Even though Lexington lies on the northern portion of SEC country, southern flavor still lives strongly in Kentucky. The scenery toward Lexington is what one might expect with rolling hills giving way to fenced-in horse pastures. Fans tailgate around the stadium as sections of the Kentucky band visit random tailgates for a private show. The wide mass of fans dressed in blue moves like ocean waves toward Kroger Field to watch the band perform as the team makes their entrance during the pregame Catwalk. Kentucky’s band bangs out “Kentucky Fight” while fans welcome the team.

Inside, the stadium has maintained its charm including two upper decks stretching high into the Bluegrass breeze. The stadium is collegiately picturesque as it rests among Kentucky’s rolling landscape. The band plays the alma mater and “My Old Kentucky Home” while fans sing in unison.

The Wildcats’ entrance into the stadium ranks near the top in showmanship. It all begins with the call to post. A bugler plays the popular anthem that begins all major horse races, thus calling forth a major tradition in the state of Kentucky. Suddenly, fireworks blast from the twenty yard line, while smoke billows out from the tunnel. Kentucky emerges and the crowd erupts. The scene is thouroughly electric.

Being in the SEC automatically translates Kroger Field into an atmosphere that is going to be saturated with energy and loyalty to the big blue nation, and that aspect does not disappoint. In other words, Kentucky basketball isn’t the only sport in which these fans invest their emotions.