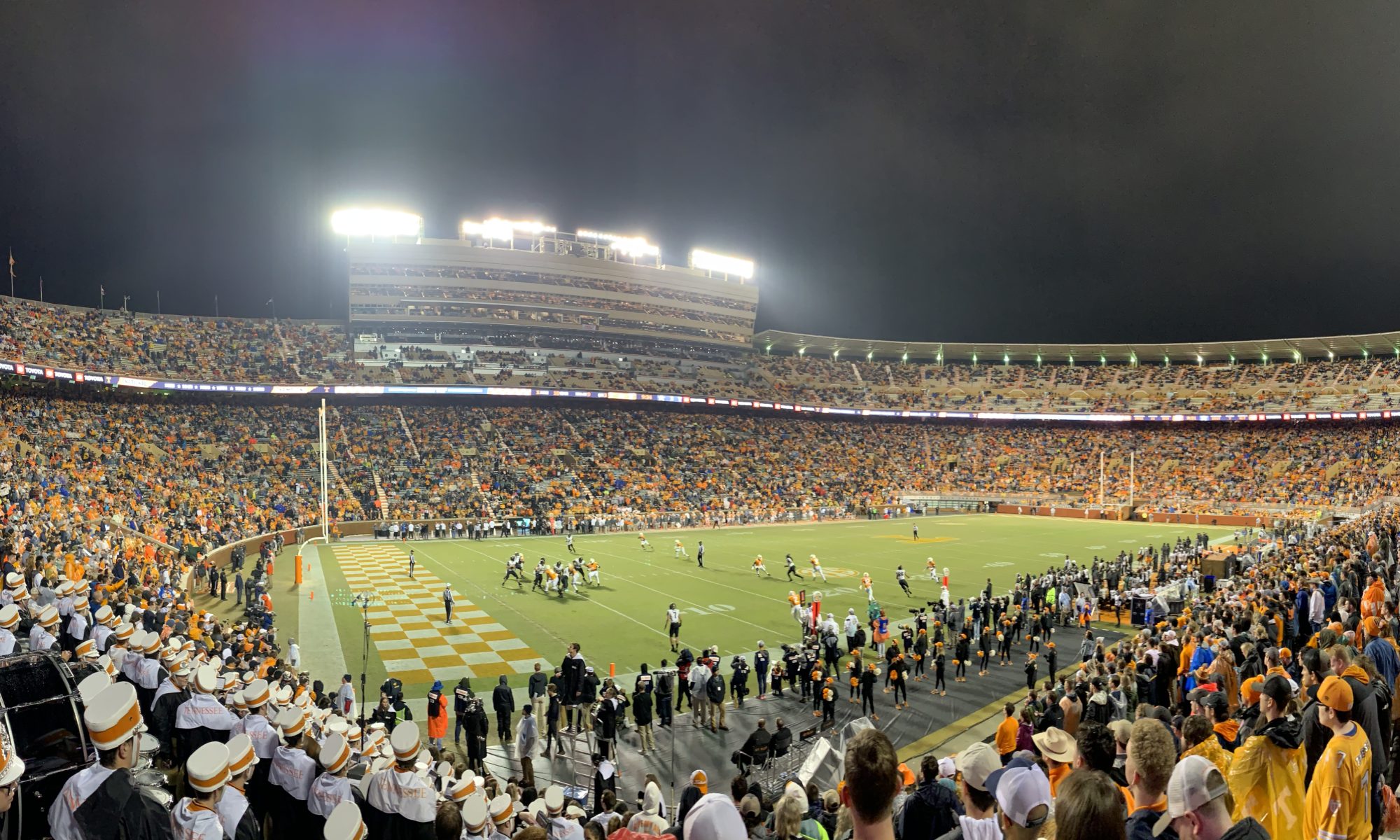 The smoke off the mountains welcomes visitors to Knoxville. These massive natural structures highlight the beauty of this vibrant Tennessee town. The Tennessee River that runs along Neyland Stadium adds to this picturesque venue and is the site of a tradition known as the Volunteer Navy. Here,  a bevy of boats of all sizes line up along the river side to engage in pregame tailgating. Neyland Stadium is one of only a few stadiums accessible by boat, and Vol fans have turned this into one of college football’s most unique traditions.

The football day starts early with throngs of orange and white clad fans gathering near the stadium for the traditional “Vol Walk.” Tennessee players file out of the bus to be welcomed by a tunnel of Volunteer fans cheering and greeting them.  Nearby, the “Pride of the Southland” band plays “Rocky Top,” Tennessee’s unofficial fight song, for the first of what would be many times throughout the afternoon.

Fans then shuffle from the Vol Walk to the “The Hill” for another pregame tradition. “The Salute to the Hill” is popular as fans welcome the band playing “Rocky Top,” the alma mater, and a host of Tennessee traditional tunes. Almost immediately after the show, fans file into cavernous Neyland Stadium.  Over 100,000 fans paint the arena with Tennessee orange as they await the famous forming of the “T” that is created by the band. Smokey, the blue tick coon hound, leads the Volunteer players over the famed checkerboard endzones and through the “T,” increasing the volume in this already booming structure.

From the outside, Neyland Stadium rises high with the mountains. On the inside, it simply is intimidating. The upper deck is steep, as evidenced by the many fans who trip their way up the steps. Anywhere in the stadium offers an excellent view. Neyland Stadium is a classic. The band plays feverishly and performs “Rocky Top” on repeat, and Vol fans are raucous characters. Very few stadiums could rival this massively majestic venue. It’s no wonder why few visiting teams leave victorious.