The Fifth Quarter is a nationally renowned tradition that takes place at Camp Randall Stadium after every home game, win or lose.  The Wisconsin Marching Band remains on the field postgame playing everything from “On Wisconsin” to “Time Warp” to “Tequila” to “Swingtown.” Fans remain in the stadium and dance with all the traditional choreographed moves.  Legendary band director, Mike Leckrone, created this postgame event in the 1970s to keep fan interest strong during the years of poor on-field football performance.  Even with Wisconsin’s resurgence in football, The Fifth Quarter has remained a unique spectacle in the world of college football.  Today, for homecoming during Camp Randall Stadium’s 100th year in existence,  Mike Leckrone invited another legend, Steve Miller, to direct his own “Swingtown” during The Fifth Quarter.

END_OF_DOCUMENT_TOKEN_TO_BE_REPLACED

On homecoming day in Madison, both Maryland and Wisconsin found themselves seeking a breakout victory to help maintain their relevance in the hunt for the Big Ten title. The Badger offense looked one dimensional and inconsistent. The Maryland defense looked tattered and frayed. No one quite knew what outcome to expect, and the whole situation had been bent into a question mark.

END_OF_DOCUMENT_TOKEN_TO_BE_REPLACED 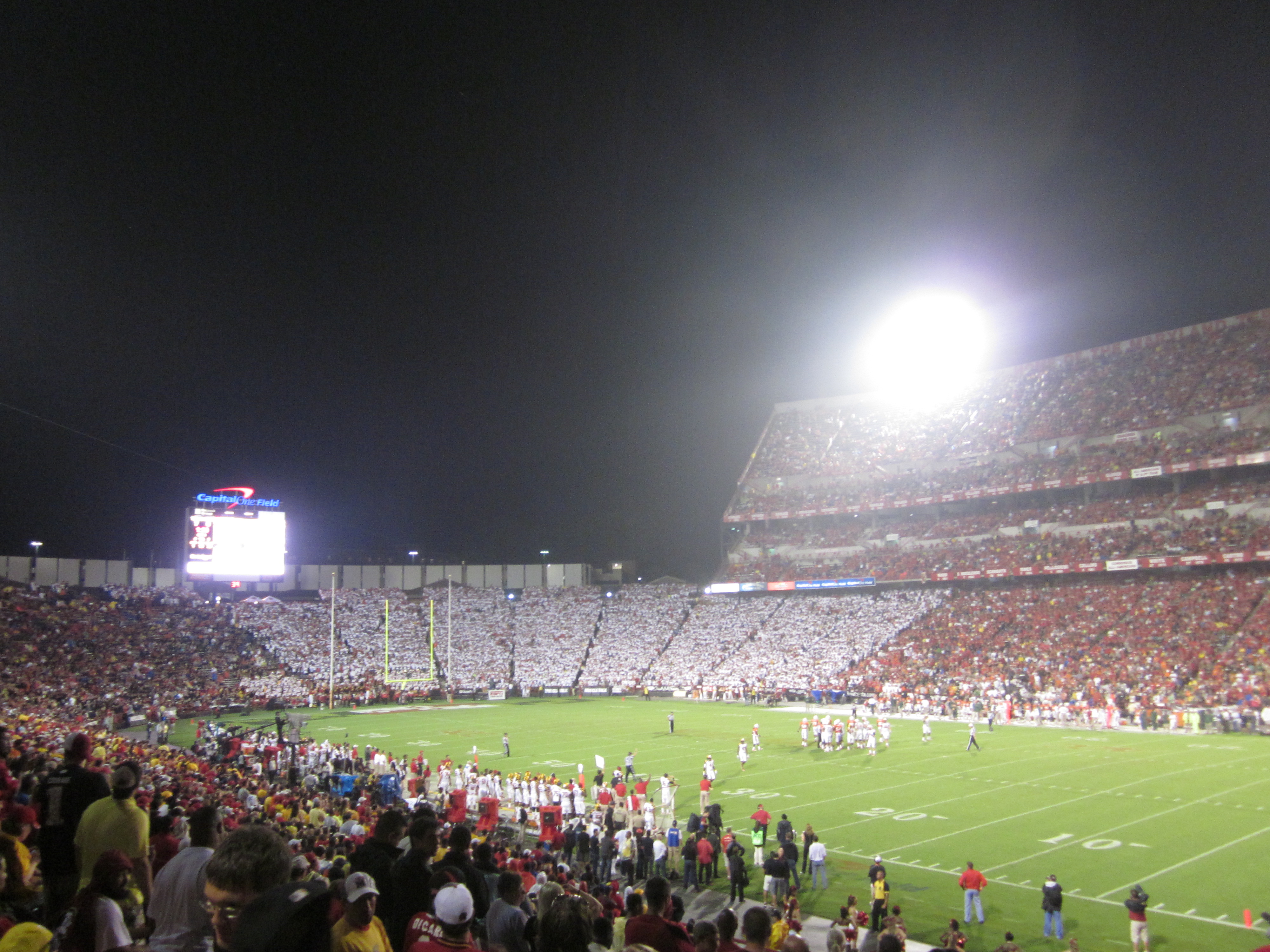 Fear the Turtle. This slogan may not appear daunting, but upon entering a packed Byrd Stadium on Saturdays in the fall, it becomes quickly clear why the turtle holds so much power. Built in 1950, Capital One Field at Maryland Stadium houses an authentic and classic college style. Constructed as a horseshoe with a triple deck on one side, the arena certainly holds the capacity to intimidate.

END_OF_DOCUMENT_TOKEN_TO_BE_REPLACED

Maryland is so the new Oregon. Thanks to UO grad and Nike CEO, Phil Knight, The Ducks have recently been known as the team with a variety of uniform combinations containing loud neon colors. Well, Maryland grad and UnderArmour CEO, Kevin Plank, must have thought that two can play at this game. Prior to the home opener against Miami, the Terrapin players were donning tortoise shell helmets with matching uniforms. Nobody, not even the players, knew what would happen next. After the team went into the locker room after pregame warmups, the Terps reentered Byrd Stadium with wild and wacky uniforms splattering the Maryland state flag’s emblem all over in various ways. Even though these uniforms received much nationwide criticism, it charged up the packed house in College Park.