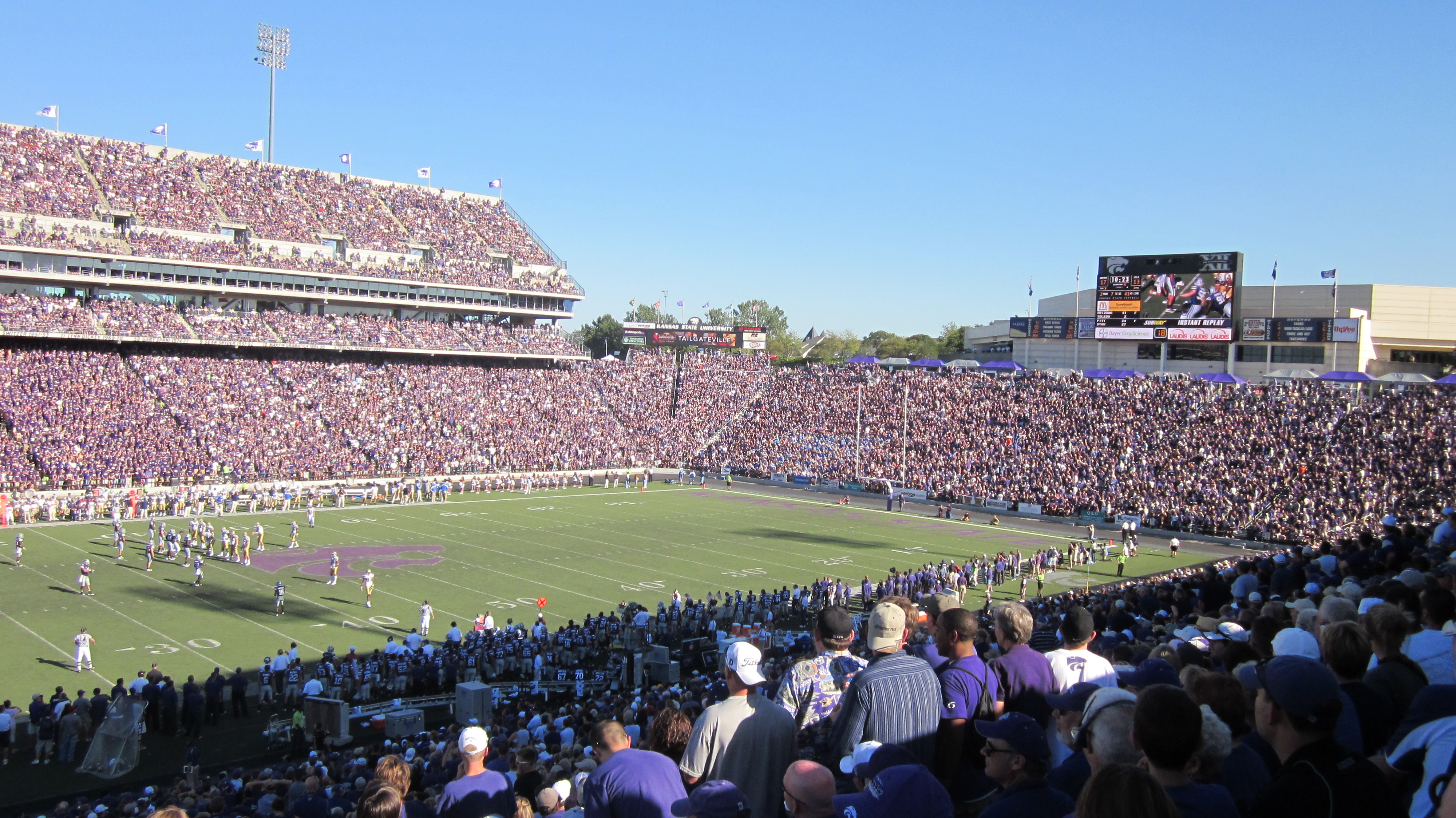 However, there is one commonality when gameday hits…traffic. Turning on to Kansas 177, the drive slows to a Times Square crawl as fans near the exit for Kansas State University. Along the way, however, evidence of Bill Snyder’s influence is revealed with not only the stadium named after him, but also the highway that leads to the stadium. The man is so treasured in central Kansas that I wouldn’t be surprised if in the near future we saw “The Bill Snyder Petting Zoo,” “The Bill Snyder Family Country Club,” and “The Bill Snyder Thimble Museum.” And why not? The stadium rocks on a Saturday afternoon. If it wasn’t for Snyder, KSU would still have crowds fit for a knitting competition. Instead, teams like Oklahoma and Texas have to tred more cautiously into the Wildcats’ den.

The stadium itself is impressive as a main road leads straight to the tall slab of concrete that looks down upon Wagner Field. Opposite the high side is a grand set of luxury and press boxes that balance the stadium’s appearance. The rest of the horseshoe stadium offers excellent views and even a lawn that provides an outdoor concert feel.

The students are vocal all game long and the stadium shakes a bit when fans scream in unison, “KKKKKKKKKK…SSSSSSSSSSS…UUUUUUUUUUUUUUUUU!” Densely packed with passion and purple, the Wildcats “Fill the Bill” each autumn Saturday and have created a winning tradition and winning atmosphere in Manhattan. I can only imagine the excitement when they open “The Bill Snyder Walmart Superstores.”