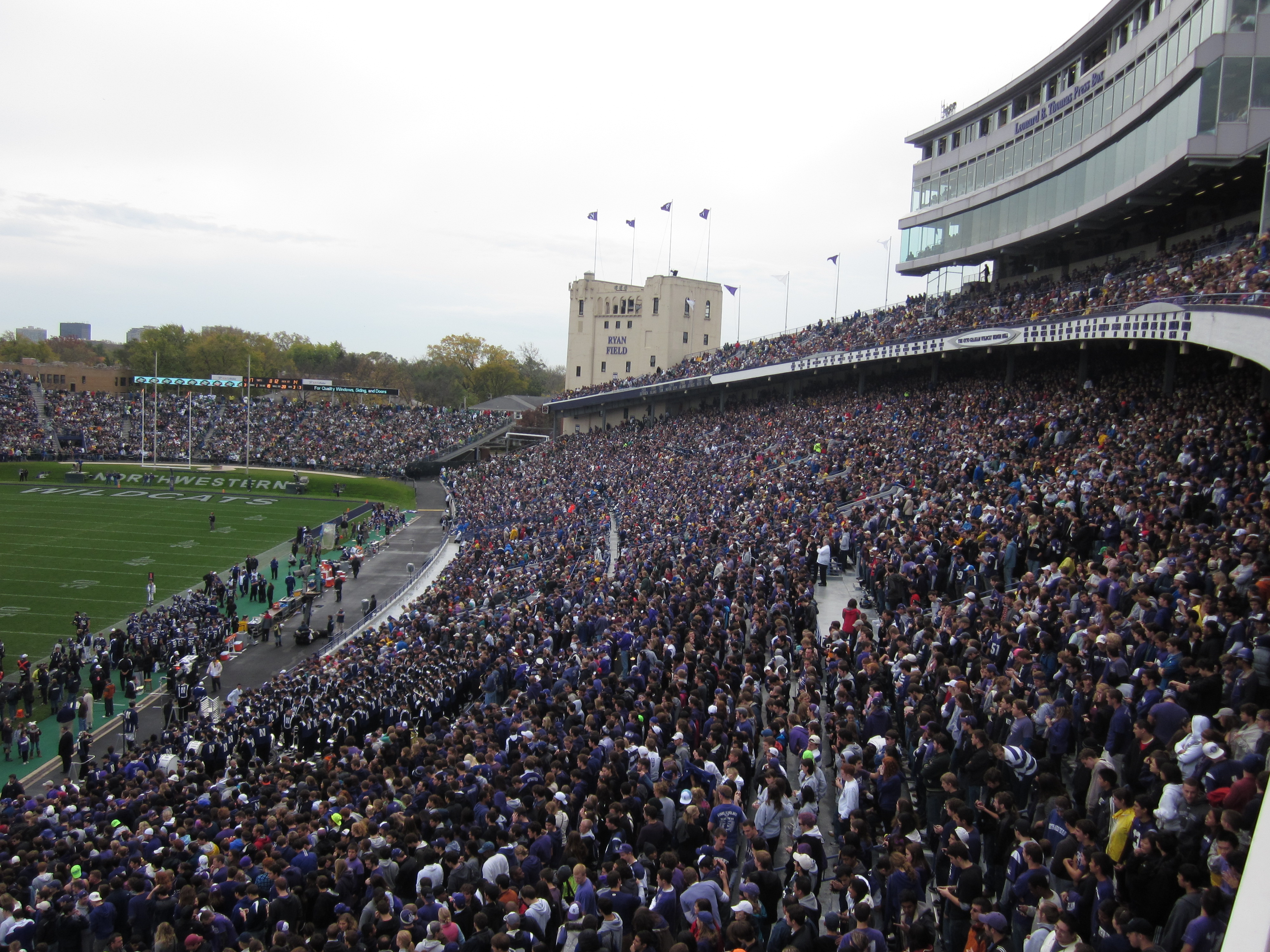 Ryan Field in Evanston, Illinois is known as the “Wrigley Field” of college football. It doesn’t quite have the history of the Cubs, but boasts a very classic and old school stadium atmosphere. For a while now, NU has been calling themselves Chicago’s Big Ten Team. Attempts to market this slogan are popping up around the city, and the evidence is beginning to show with more rumps in the seats in Evanston – perhaps because Chicagoans are slowly realizing that Northwestern is no longer The Big Ten’s little brother.

END_OF_DOCUMENT_TOKEN_TO_BE_REPLACED

Blustery conditions in Evanston became the best defense for Northwestern. It stifled the Buckeye passing game. The Wildcats took advantage of the home weather and with the wind behind their backs, they managed to score first thus stunning every onlooker. Along with struggles in the passing game, Ohio State also stumbled when working to move the ball on the ground. The 21-7 Buckeye victory urged many critics to ask the question, “What’s wrong with Ohio State?”
The answer is – nothing. The question is flawed because the Buckeyes are unfairly being compared to the juggernaut that they have created.

END_OF_DOCUMENT_TOKEN_TO_BE_REPLACED

A week of turmoil ended blissfully for the Badgers, while Northwestern has now found themselves in a free fall.

In a stunning move six days prior to this game, the Badgers fired their successful head coach, Paul Chryst. Overall, Wisconsin has maintained a strong level of winning consistency. However, victories in the critical games have been a daunting hurdle, such as Big Ten title games or regular season games against Ohio State. When former Wisconsin head coach, Bret Bielema, brought his Illini into Camp Randall and decimated the Badgers, that became the final nail. Paul Chryst was on the chopping block.

END_OF_DOCUMENT_TOKEN_TO_BE_REPLACED

Our annual Northwestern tailgate was the highlight for those wearing purple this Saturday. Willie the Wildcat even made a guest appearance. Too bad the Wildcat offense failed to show up today, as well.

END_OF_DOCUMENT_TOKEN_TO_BE_REPLACED

All September afternoons need to be this beautiful.  Temperatures in the low seventies and sunshine that glistened off Lake Michigan provided the perfect environment for our 7th Annual College Football Tour Northwestern Tailgate.  Colleagues and family, old friends and new all joined for food, drink, and games.  Tailgating at Northwestern is spread out, but there are some magnificent spots that can rival any Big Ten venue – we found one today.

END_OF_DOCUMENT_TOKEN_TO_BE_REPLACED

The Chicago Cubs just won the World Series – a 108-year streak without this feat. Ryan Field celebrated by flying the W atop the towers rising over the upper deck. The NU band played “Go Cubs Go” to an all-crowd sing along. Breaking streaks like this are always cause for major celebration. Another streak was on the line as well. It’s not quite 108 years of suffering, but the Badgers have not experienced success in Evanston since 1999. Today, that W flag would also stand for Wisconsin.

END_OF_DOCUMENT_TOKEN_TO_BE_REPLACED

A cup of coffee and an el train ride separate Chicago’s northside from Evanston, Illinois where the venerable Ryan Field awaits its fans in purple.  Fitting that the el train that takes passengers up to Northwestern University is the purple line.  Filled with Wildcat fans and a few despondent Purdue fans, the el carried patrons ready for an early kickoff on a unseasonably warm November day.

END_OF_DOCUMENT_TOKEN_TO_BE_REPLACED

Prince comes to mind when I consider the recent history of Wisconsin’s visits to Ryan Field – the Badgers haven’t partied there since 1999. In the four games Wisconsin has played in Evanston this century, all have ended with Badger players sulking. Kudos to the Wildcats for maintaining an undaunted approach in the clashes with their neighbors to the north. Purple reign, Purple reign. I told you – it all reminds me of Prince.

END_OF_DOCUMENT_TOKEN_TO_BE_REPLACED

The College Football Tour tailgate was surrounded by hues of Husky red and Wildcat purple…and swarms of bees.  If NU was playing Georgia Tech, we could chalk it up to irony.  Instead, it was plain annoying.  However, it didn’t sting our enthusiasm on this gorgeous day in Evanston for the battle of “Who’s the best in Illinois?”  With the Fighting Illini struggling for relevancy and the Wildcats scrambling to crawl out of the losing-streak quicksand they put themselves into last year, Northern Illinois has surfaced at the top with an opportunity today to make it official.