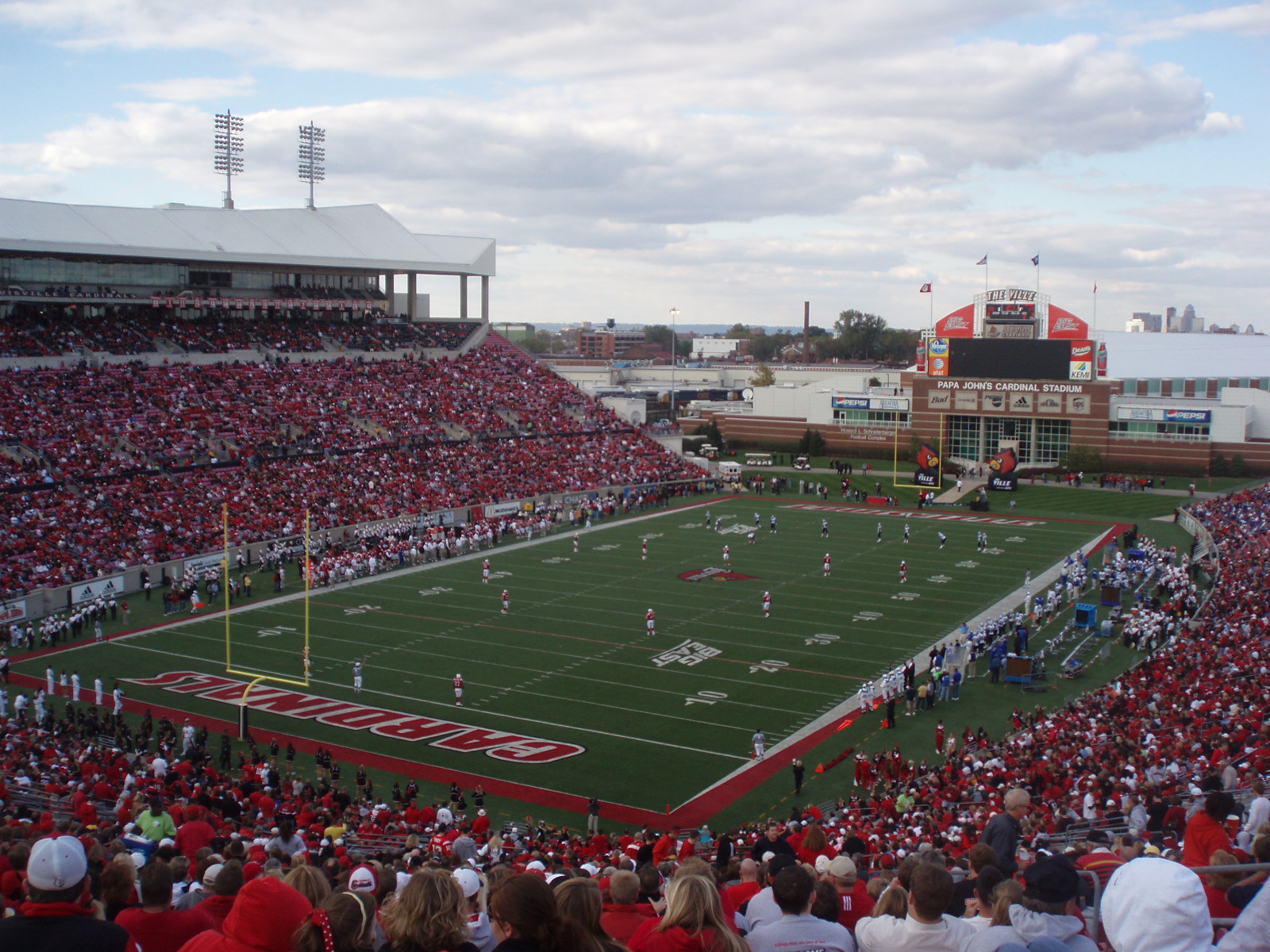 Papa John’s Cardinal Stadium is one of the few college football stadiums named after a company. But, that does not mean that it has sold out in the quality of atmosphere. The city of Louisville experiences a bit of an identity crisis as it is the southern point of the north and the northern part of the south. A sign providing all the different pronunciations of the city welcomes you into the stadium and it illustrates the identity issues this place possesses. The stadium is located on a sports complex that houses every sporting arena imaginable from swimming to lacrosse. The walk up to the stadium is interesting as one side reveals the many sporting arenas and a Papa John’s pizza joint (of course), while the other side is grossly industrial. It’s as if you are walking on the border between two different countries.

But, the focal point of the area is the football stadium where enthusiasm for college football does not experience any identity issues. With the Cardinals being the only show in town, they do quite well for themselves in the area of fan participation and excitement. Fireworks blast off as the red and white take the field and a “call to post” signals the start of the game, while echoing the biggest show in town, The Kentucky Derby. The band and fans create a welcoming, yet difficult place to play. The stadium boasts a large classic horseshoe shape with stellar modern amenities. Certain views around the stadium are fantastic including the Louisville skyline, which is visible from the high seats along the bottom of the horseshoe.

Cardinal football used to be overshadowed by the stellar history of basketball programs. However, names like Lee Corso, Howard Schnellenberger, and Johnny Unitis put Louisville football on the map and it now contends with any program in the country. Papa John’s Cardinal Stadium is worth the trip and like many t-shirts read around the stadium, it’s a great place to “Raise Some L.”