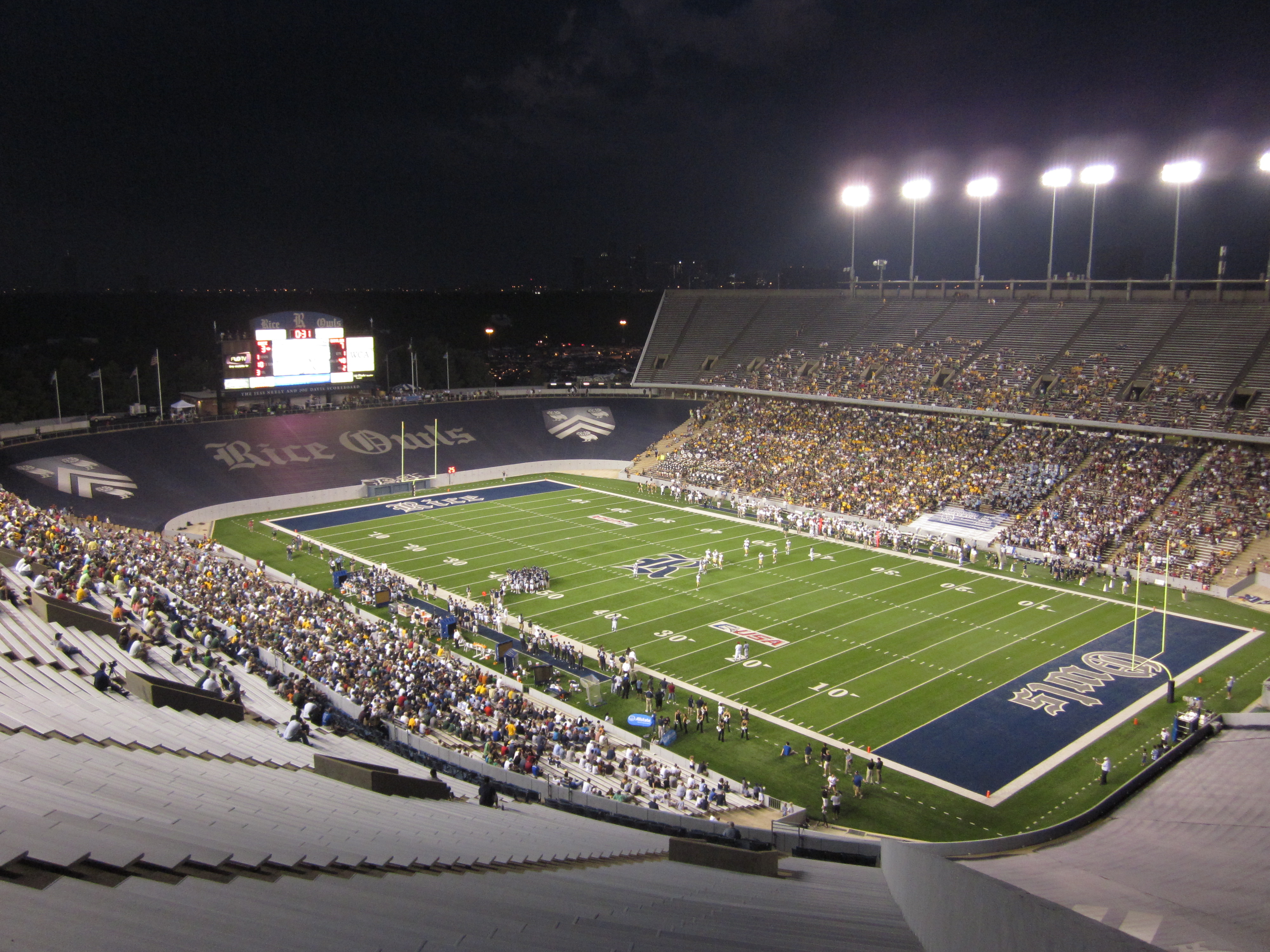 Compared to the surroundings of their hated rival, Houston, the campus of Rice is like a little slice of “Oz,” and Owl fans know it. It’s a twelve minute drive from UH to Rice and the scenery changes from boarded up houses to old southern style oak tree lined streets.

Walk into Rice’s student center and don’t be surprised to hear a grand piano playing. It’s a culture at Rice that unfortunately does not translate to an exceptional football tradition. Rice Stadium, celebrating it’s 60th anniversary, has seen some historical moments. Many classic concerts and a Presidential speech by Kennedy mark some of the key moments this arena has seen. However, there has not been a sellout at Rice Stadium since the 1960s. Interest for the football program has drained, which makes attendance numbers rarely break 20,000. At each end zone, the seats have been taken out and tarps have taken their place in an effort to push fans more toward the 50 yard line. Due to the upper decks being unfit for capacity crowds, any expected sellouts are moved to another location. This does take away a lot of the excitement that this stadium once held.

But, the tradition of Rice still lives. One of the highlights of gameday is “The Mob,” Rice’s eccentric band that breaks the conventional expectations of strict uniforms and militant marching. Rather, they perform parodies, play crowd favorites, and add silly accessories to their outfits. Don’t be surprised to see a cello or violin on the field, either. They break all expectations and they are phenomenal. However, as of late, the band has provided the main excitement at Rice Stadium. Owl football may not be Houston’s “big show,” but Rice is a key and beautiful component of this city’s tradition.