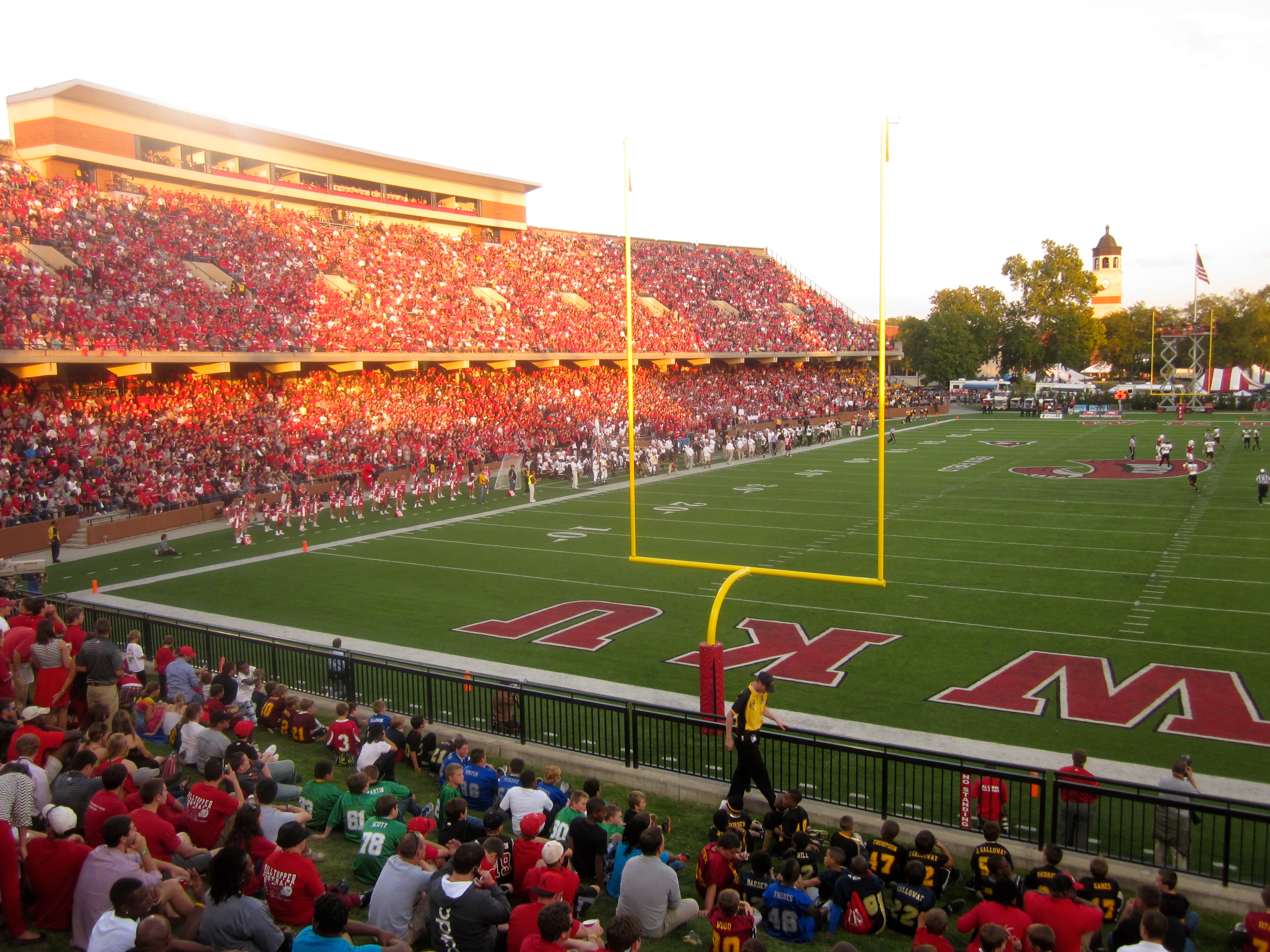 Visiting Western Kentucky raises several questions: What exactly is a Hilltopper? What is the significance of the wild red towels waving around campus? What on Earth is that big floppy red mascot? A visit to Bowling Green on a frenzied gameday will help to answer these questions, and more. Upon arrival to campus you may notice a that it rests on a large hill that rises above it’s surroundings. With Western being atop this 232 foot hill, Hilltoppers became a natural choice.  Finding a mascot to depict a Hilltopper posed a greater challenge.  In 1979, WKU grad Ralph Carey, created Big Red as a symbol of spirit for the university.  Bearing a striking resemblance to many Sesame Street characters and Grimace from McDonalds, Big Red is a big furry loveable blob that has gained national attention and fame.  Getting a photo with this mascot is a true honor.

As you continue the tour throughout campus moving amongst red clad crazies, you might pass by E.A. Diddle Arena. At it’s entrance is a statue of it’s namesake furiously waving a red towel. The late Legendary basketball coach Edgar Allen Diddle, who coached here from the 1920s to the 1960s, would clutch a red towel during games. As it reads on the iconic statue, “He chewed on it, threw it, cried on it, waved it at fans and used it to signal his players.” The red towel became a symbol of athletic excellence here and consequently, a symbol of pride. Now, fans, coaches, and players wave a red towel to represent their spirit and cheer on the Toppers.

As the team exits the buses, they are celebrated by fans, the band, Big Red, and a host of waving red towels.  As fans make the short journey from campus tailgating to gather into the newly renovated Houchens Smith Stadium, there exists an excitement level that makes you forget that they only have recently been lifted to the FBS level of college football.  Fireworks blast as the team enters onto the field and the deep rooted tradition of WKU athletics is easily detected.  As the Hilltoppers begin to record victories over major opponents, they establish themselves as a formidable foe in the world of Division 1 football as Bowling Green grows to be a well traveled location for college football fans. http://www.youtube.com/watch?v=a-BkQg40YMc