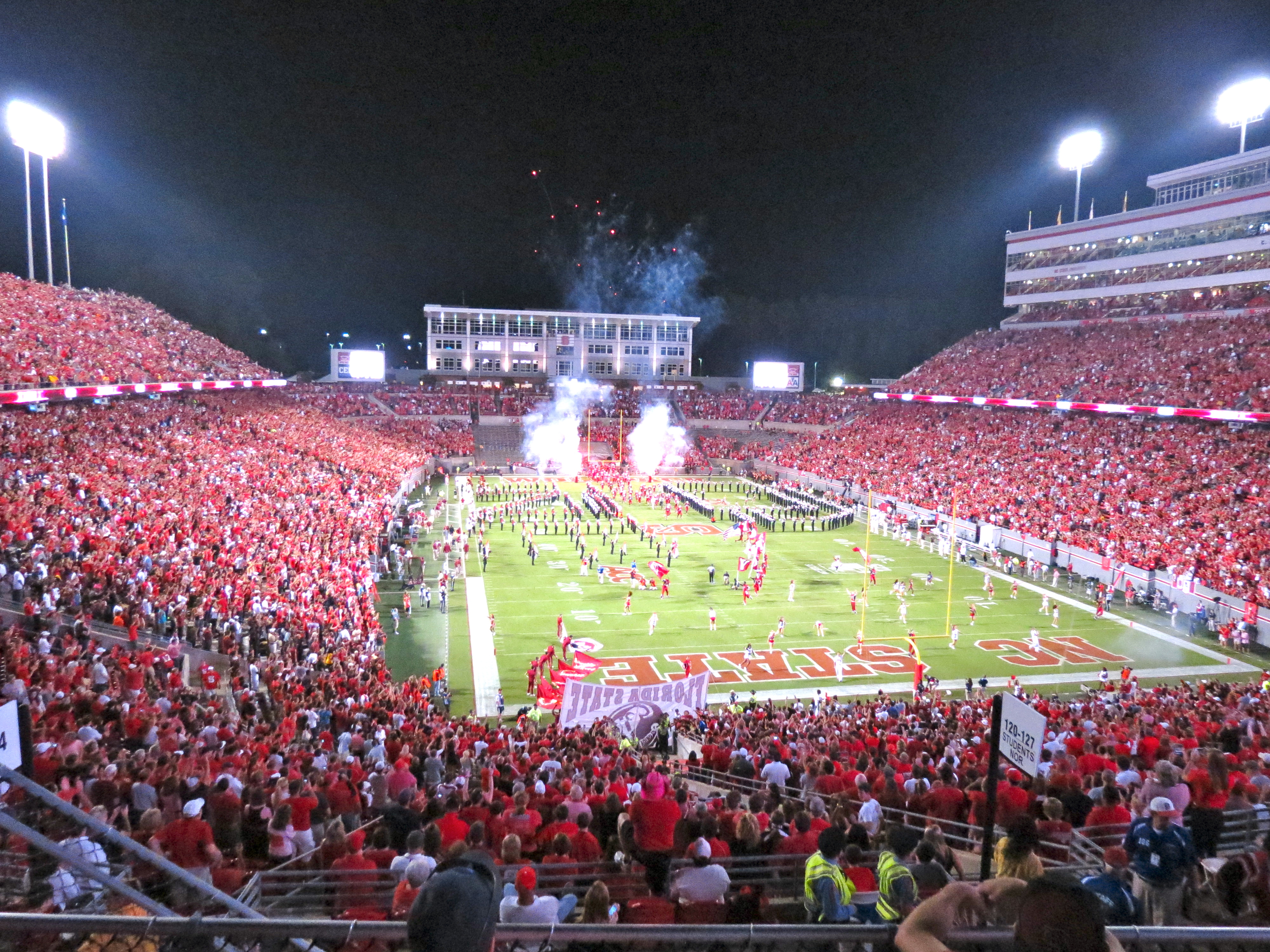 Loud. Rowdy. Hostile. Carter-Finley Stadium can be described as any of these. Gameday in Raleigh is a dynamic event and tailgating is the cornerstone of it all. Circling the perimeter of the stadium is a party that stretches to the tree lines and fences. Each setup offers a flurry of activity coupled with an array of traditional foods and southern delicacies. The fans receive their first glimpse of entertainment as the NC State football buses drop the team off for their traditional walk to the stadium known as the Walk of Champions. Fans cram and cheer together as they sneak a peek at their beloved Wolfpack on their way into Carter-Finely.

Visitors that make their way around the stadium will surely bump into the 21 foot stone-mountain waterfall statue that features six enormous wolves in various poses. The statue is a reflection of the spirit of this fan base, and is a hot spot for picture opportunities. The stadium is just off the main highway that connects Raleigh to their hated rival in Chapel Hill. One could attend a game with ease without seeing much of the campus. But, lying on the outskirts does not dampen the enthusiasm that boils up in this stunning stadium. It spills out from the massively populated parking lot to the main roads around Carter-Finley. Cars are lined up along the sides of streets for blocks in several directions as herds of folks move toward the action. Just off the main entrance to the stadium, fans gather around to take in sounds from the NC State drumline as they entertain and rev up an already rabid bunch of anxious spectators.

Once inside Carter-Finley Stadium, it is evident why this is such an ACC hotspot. The stadium is large and intimidating and as fans file in, the sea of red grows jet engine loud as the Wolfpack take the field to an explosion of fireworks and wolf howls. The mascots, Mr. and Mrs. Wulf also make their entrance along with the live mascot, “Tuffy,” a very wolflike Tamaskan dog. The noise begins to swell as one side screams “WOLF!” while the other replies “PACK!” and a fierce statement is made before the ball is kicked off. Fans are active throughout the game and when the action on the field hits a peak, the decibel level rises to match. This place can get loud and offers an outstanding home field advantage. Carter-Finley Stadium may not be high on a college football fan’s wish list, but know that the experience will leave a lasting impression, and leave you howling for more.