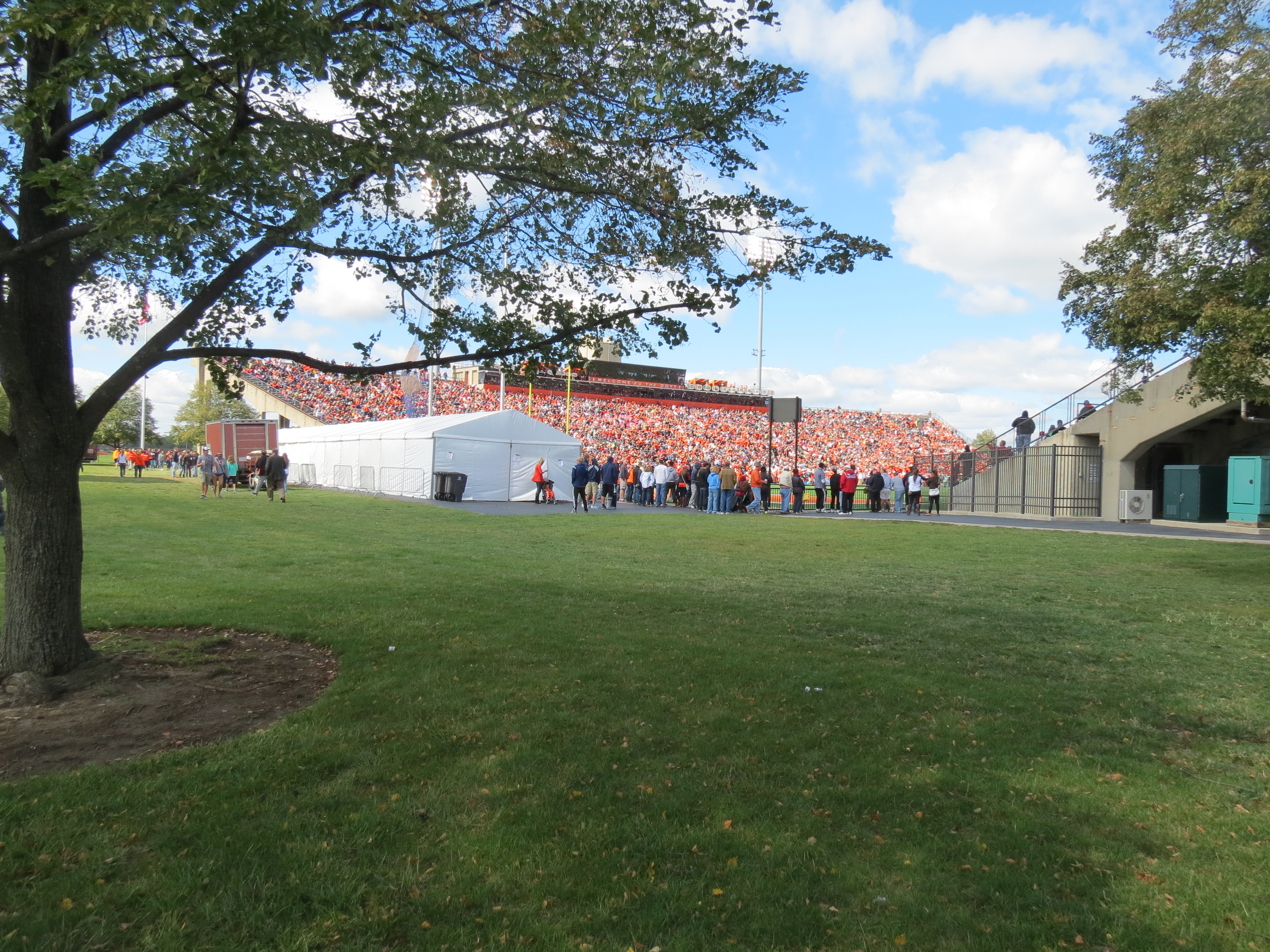 Doyt L. Perry Stadium, fondly named “The Doyt,” is the home of Bowling Green football. The construction is rather typical for a Middle American Conference arena. It’s small, yet cozy and certainly comes with devoted fans, making this place uninviting for visitors. In 2007, they tore out the north grandstand and made room for the modern and impressive Sebo Athletic Center, which houses offices, locker rooms, band seating and luxury suites. This newer addition clashes somewhat with the original structure that completes the rest of the stadium. But, the charm of “The Doyt” still remains.

Stadiums like this still harbor an old world quality that many major college football locales have been forced to abandon.  Fan proximity, for example, is not a daunting venture, as The Doyt comes equipped with an end zone fence that allows fans to get up close to the action.   At the conclusion of the game, the announcer comes over the PA and actually invites fans to join the team on the field for post game festivities. This could never be done at places like Michigan, Ohio State, Alabama, etc. Fans would be tearing up the turf, beating up opposing players and fans, and stealing equipment to use as décor in their basements.

A more intimate experience with the game is part of what makes Bowling Green such a special place, and it is all done without diminishing the excitement level. When ESPN’s premier pregame show, College Gameday, arrived in Bowling Green, Ohio in 2003, the enthusiasm from the fans certainly was comparable to that of other frequently visited locations. That type of heightened excitement may not be on display for every visit to “The Doyt,” but when the team gathers around the band at the end of the game and sings the alma mater together with fans and friends, it becomes clear that a focus on college football’s roots is part of what makes this sport so special.