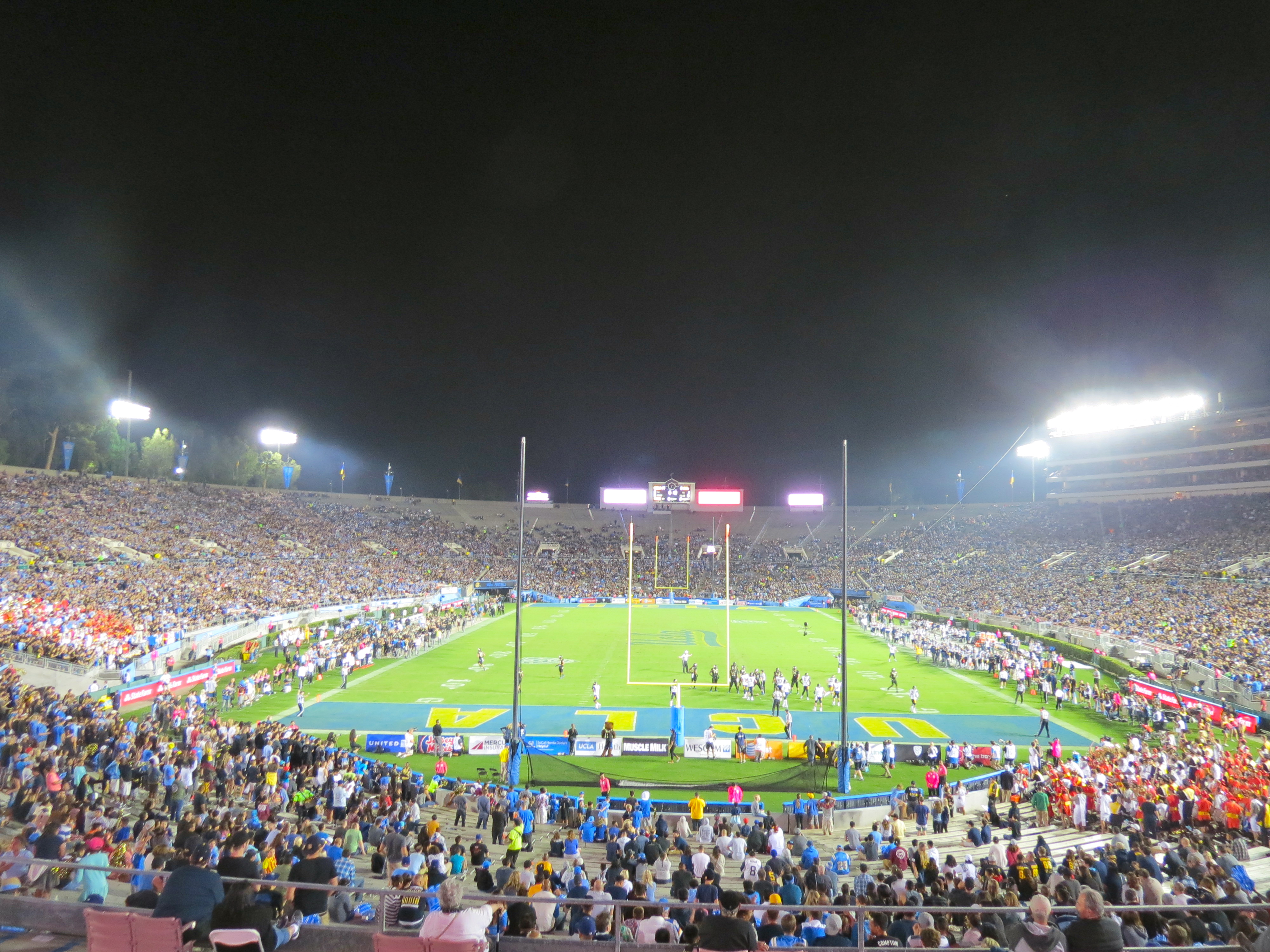 The Rose Bowl is known as the “granddaddy of them all” because of its prestige, rich history, and striking beauty. Set amongst the San Gabriel Mountains and placed in the ritzy neighborhoods of the Arroyo Seco, the setting is timeless and leaves a lasting impression. Arguably college football’s most picturesque view occurs as the sunset illuminates the mountains adjacent to the Rose Bowl, while outlining this colorfully grand arena.  It’s one of perfection’s rare visits.

You want history? The Rose Bowl rivals Notre Dame with its rich traditions and illustrious past. Built in 1922, this stadium hosts the annual Rose Bowl game on New Year’s Day. Some of college football’s most memorable moments occurred on this stage – national championship battles, storied programs, Heisman trophy winners and legendary coaches have all graced the pristine green grass of the Rose Bowl.

UCLA has made the Rose Bowl its home since 1982. The campus is in Westwood, and it’s a little bit of a hike to Pasadena, but well worth it. Tailgating explodes around the Rose Bowl as cheer squads with Joe and Josie Bruin make their rounds. Players enter at the iconic Rose Bowl sign through Bruin fanatics, while the band spiritedly jams “Mighty Bruins” and “Sons of Westwood.” The battle cry “U-C-L-A Fight! Fight! Fight!” unites the crowd and is repeated often throughout the course of the game.

The tradition of UCLA football runs deep making The Rose Bowl an appropriate home. Some of my fondest memories lie in southern California at this magnificent venue. As a Wisconsin alum, I have cheered on the Badgers in the 1994, 2000, and 2011 Rose Bowl games. The memories made here simply don’t fade. UCLA’s home games only add to The Rose Bowl’s majestic nature.