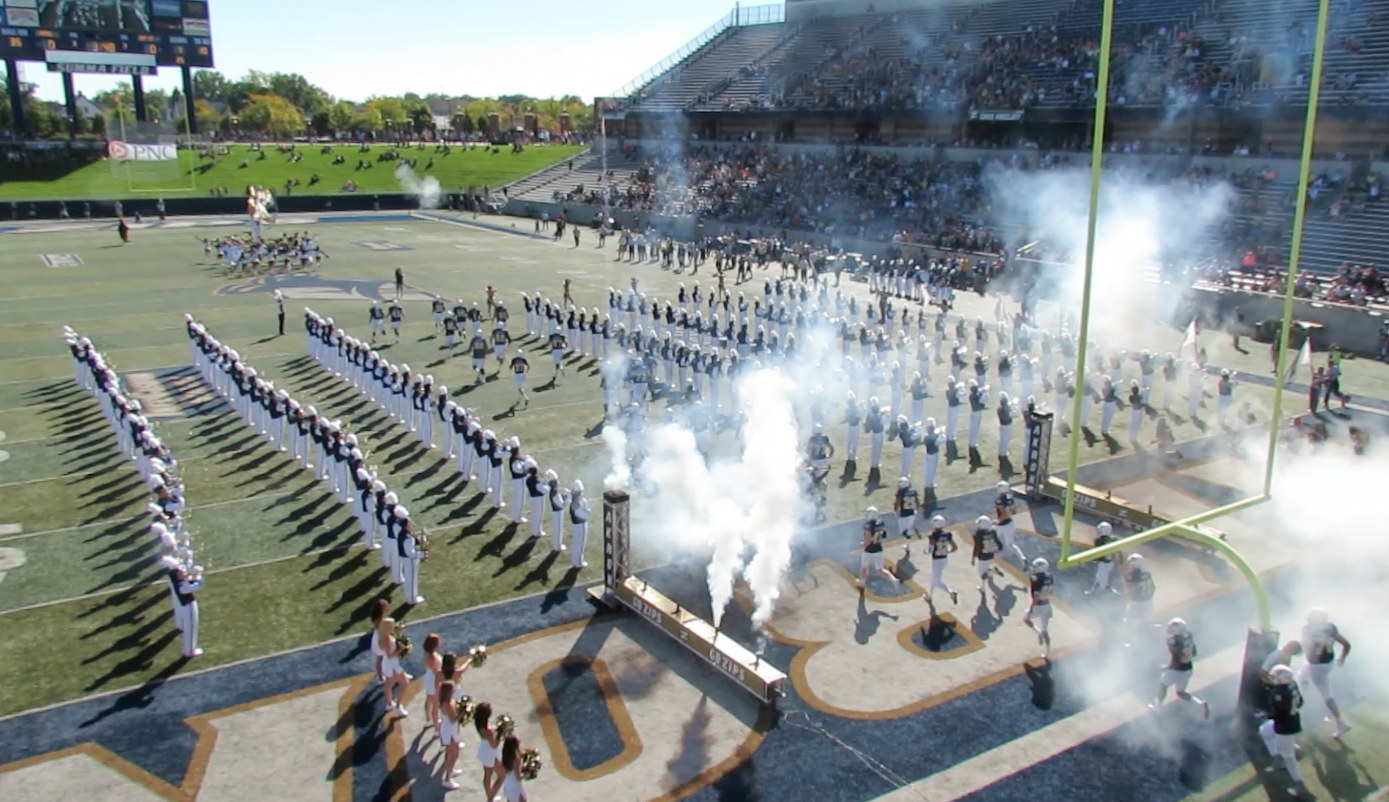 With the arena set just off a main quad, the Akron band marches thorough to infuse spirit into fans moving toward the gates.  Outside the stadium rests an impressive statue of John Heisman, who coached Akron’s (then Buchtel College) football and baseball teams in 1893-1894.  It helps to stake a claim on some of the deep rooted tradition that this university has on the landscape of college athletics.  Even the nickname, Zips, is rooted in the rubber making history of this town – Zips is short for “Zippers,” which was a popular brand of rubber overshoes in the 1920s and 1930s.

Overall, Akron football does not always generate national excitement, but this sparkling new stadium with its double decker sides, pyrotechnics, and an entertaining Kangaroo mascot have much of what it takes to set a winning atmosphere in place.