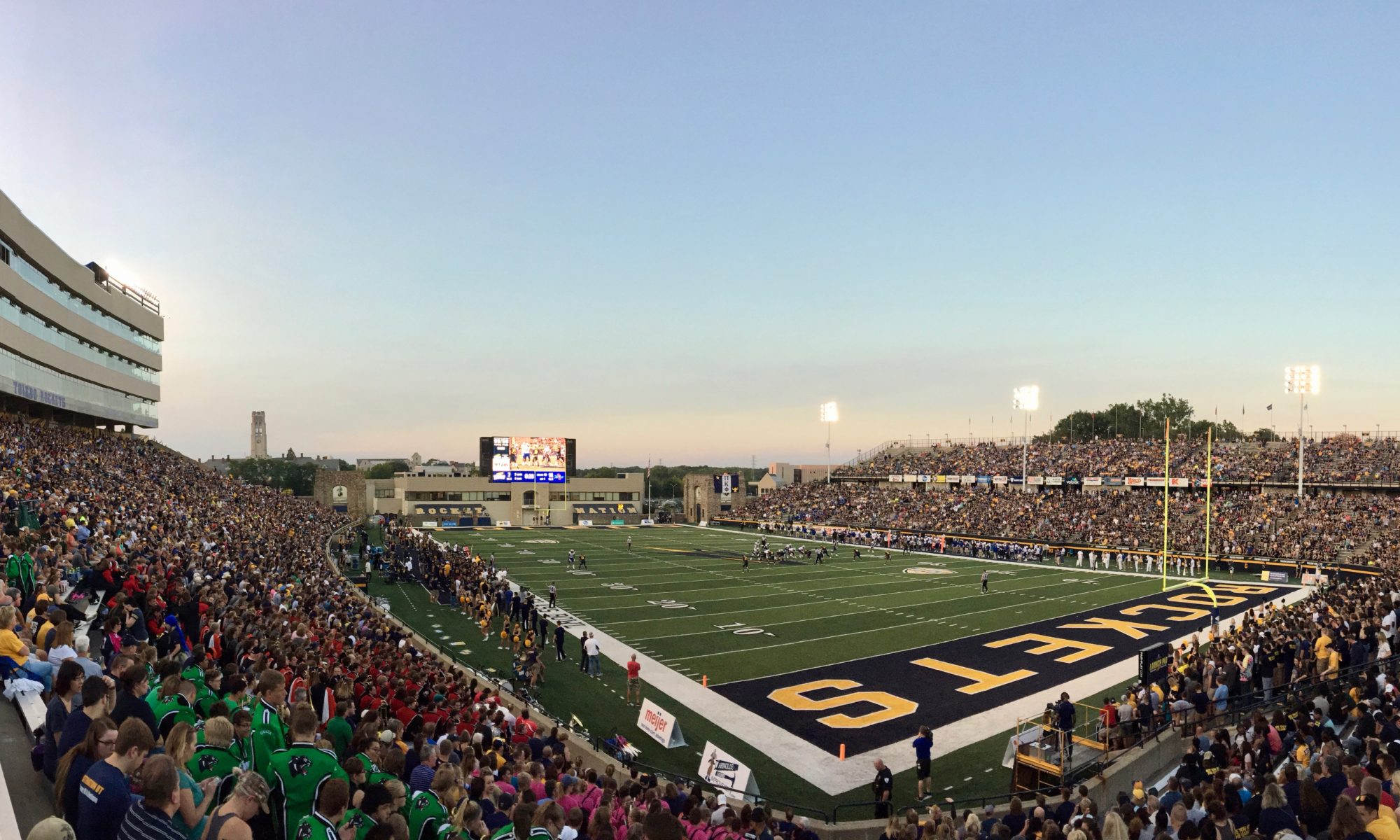 The University of Toledo is a proud beacon in this classic Midwestern blue-collar town. Game day showcases that pride. Blue and gold blanket the entire campus from the team walk in pregame to the final canon blast on the field. Once assembled inside The Glass Bowl, it becomes evident that the fervent fans fuel the Rockets.

The structure of the stadium is a blend of old and new. It is anchored by a beautiful stone wall that surrounds the arena providing an almost has a castle-like quality.  The pillars lining the north end of the stadium reveal tributes to former Toledo legends. Welcoming visitors at one entryway to the Glass Bowl rests an authentic rocket weighing in at one ton provided by the United States Army in 1961. It is aimed directly 25 miles south toward hated rival Bowling Green.

From inside the stadium, one can see the belltower from University Hall which is the first building built on campus. The trees planted outside the center circle is known as the Circle of Champions. Each tree represents a conference championship for the Rockets.

The Rocket Marching Band is active throughout all the pregame festivities. They carry the celebration into The Glass Bowl where fans are treated to the fight song on repeat. Rocky is a mascot legend, and Toledo’s new addition, Rocksy, is his new astronaut partner.

The Toledo fans are as loyal and loud as any fan base in the country. Their unique brand of the passion is represented through the Blue Crew. This secret society of 10 Toledo students attends every home and road Rocket football game. Their uniform consists of blue and yellow wigs, gold masks, and painter’s overalls.

The identity of these selected Blue Crew students is not revealed until after they have completed serving their position. Their mission is to keep alive the traditions that power Toledo gamedays.

From the bands entrance when they form a “T” and the shape of a rocket, to the sound of the cannon that blasts for each score, Toledo fans love their team and get behind them even when they are struggling.  Experiencing Rocket football certainly left a lasting memory, and the Middle American Conference should be proud of having the Glass Bowl experience a part of their league.