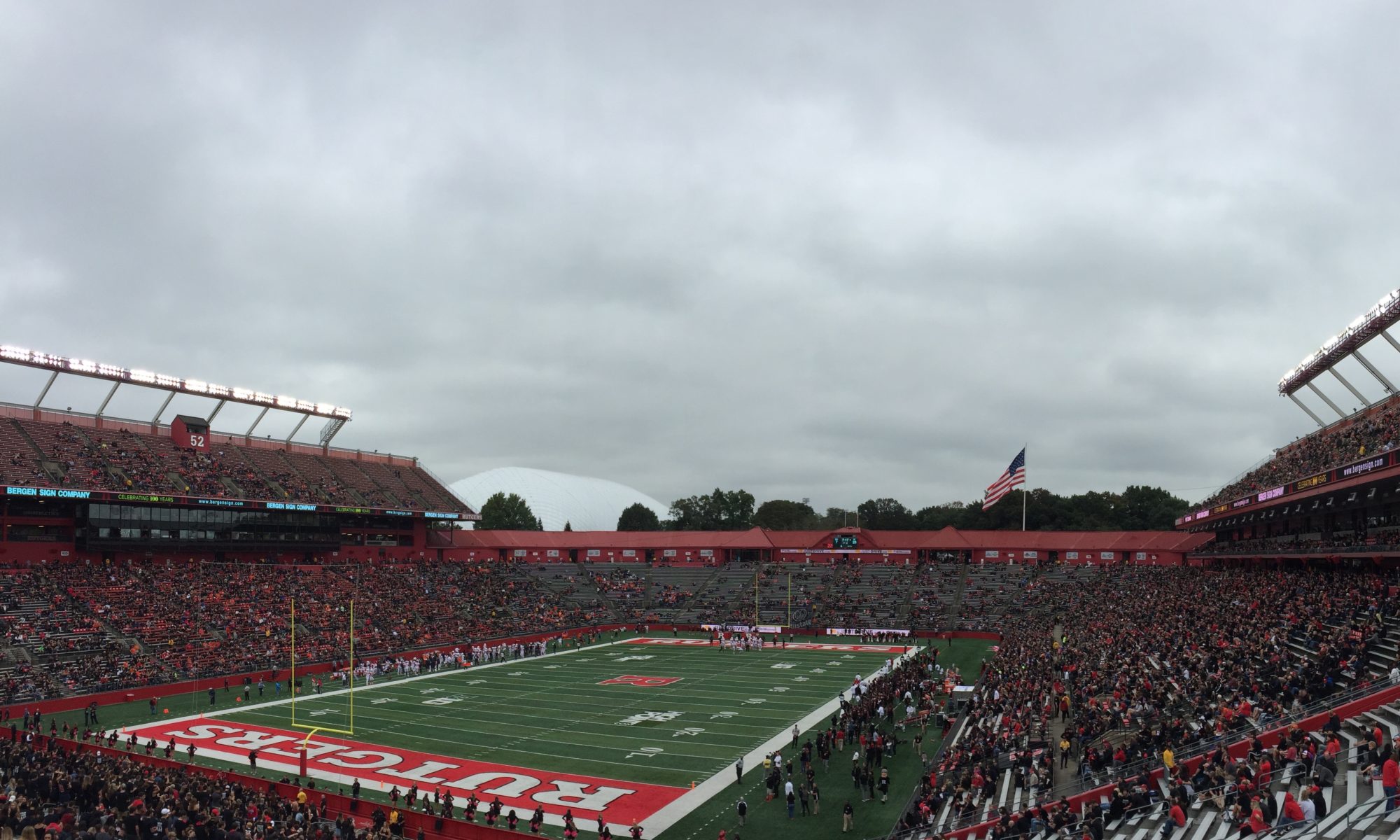 Established in 1766 as Queens College, Rutgers is older than the United States. History is a big deal around here as nods to the original Queen’s College can be seen in logos and landmarks around campus. That sense of history also spills onto the football field as Rutgers played in the first ever collegiate football game in 1869, thus earning the title The Birthplace of College Football. A statue commemorating that 6-4 victory over Princeton stands proudly outside HighPoint Stadium- an icon on the Rutgers campus.

A recent addition to the Big Ten, Rutgers has a way to go to keep up athletically with its new brethren. A decision based on its proximity to New York and ability to expand the conference footprint, the Scarlet Knights feel a bit out of place compared to traditional Big Ten members. But, the history and passion here make it a perfect fit. Take the brief New Jersey Transit train trip from Penn Station in New York City and hop off at New Brunswick for a classic college football Saturday.
The Scarlet Walk kicks things off as the band, cheerleaders, and Scarlet Knight mascot cheer on the team as they walk by The First Football Game Monument tapping it for good luck. Tailgating surrounds HighPoint Stadium with several Rutgers flags in shades of red and black proudly fluttering in the breeze. A scarlet armored knight clops on horseback toward the stadium with the band leading the way. It’s high quality pomp.
HighPoint Stadium, while corporately named, is far from untraditional. Double deck sides peer over a archetypal bowl structure that makes for a classic venue. The Bells Must Ring” followed by RU Rah Rah chant explode through the air along with touchdown inspired canon blasts. Rutgers embraces the new while cherishing the history that built it – a Big Ten school that deepens the roots of this tradition-rich conference.