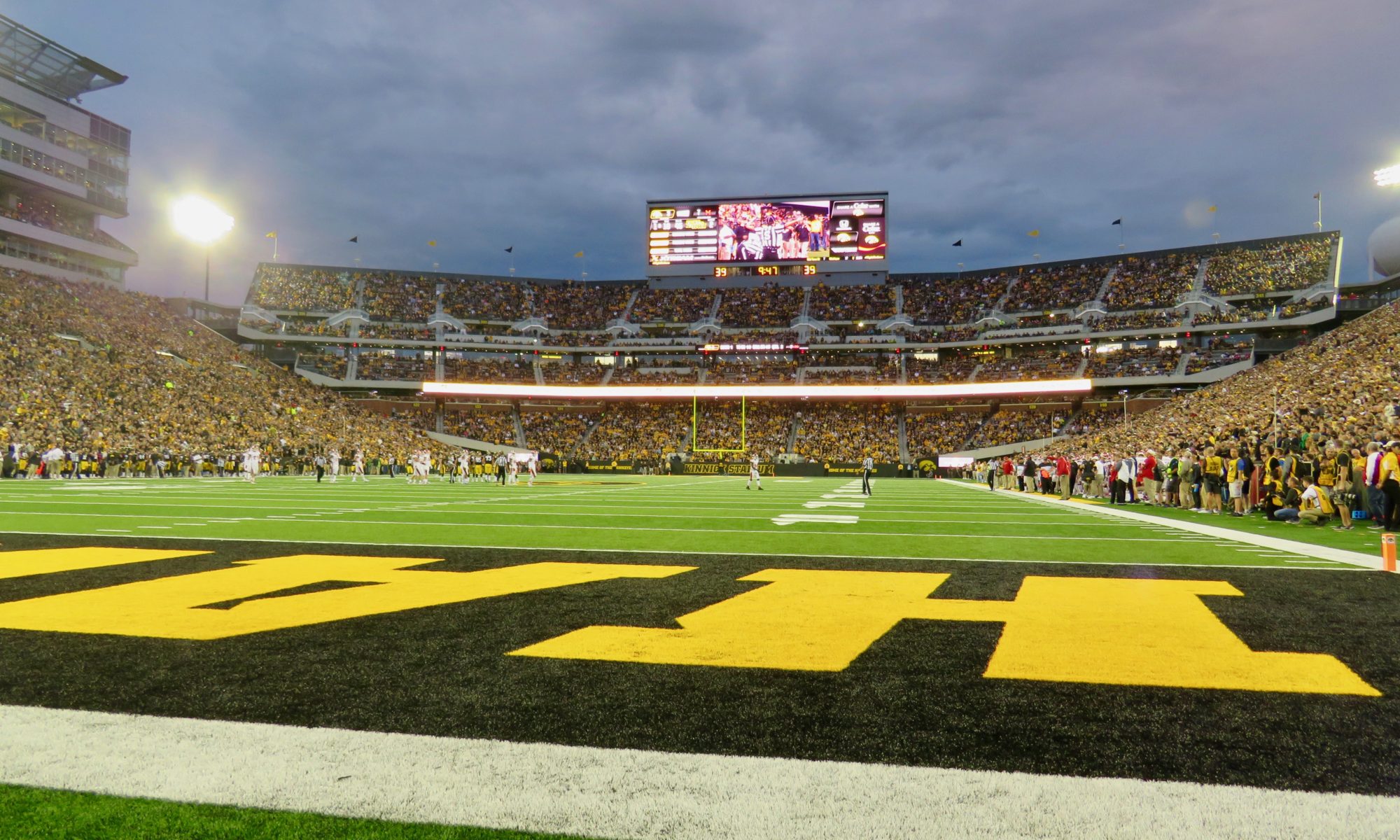 This is a classic example of a place where sports dominate the entertainment category. Pre-game tailgating is fantastic, and the buzz on the streets in Iowa City is all about the team. Many fans point out visiting colors and start their battle cries and chants. Walking up to Kinnick Stadium, you see a beautiful brick façade that lines the outside. Rows of corn greet visitors to the main entrance along with a statue of Hawkeye hero and 1939 Heisman trophy winner, Nile Kinnick. The entire experience is midwestern perfection and one of the best college football stops in the country.

Fans are devoted here. Whether they are playing Michigan or Southeastern South Dakota’s Convent for the Blind, the Iowa faithful show up in full force covered in black and gold and ready to support their team. The band revs up the crowd while Herky Hawkeye stirs it up on the sidelines.

A notable tradition surrounding Iowa football is their famed entrance onto the field. Iowa players all hold hands and slowly slither onto the field. This is known as the Swarm, which legendary head coach, Hayden Frye established upon his arrival to Iowa City in 1979. It symbolizes the unity of Iowa football and their fans and has become one of the most recognizable entrances in college football.

Completed construction to the top floor of the University of Iowa Stead Family Children’s Hospital adjacent to Kinnick Stadium initiated another tradition that has captured the hearts of the college football world. As the first quarter comes to a close, fans are prompted to wave in unison toward the patients looking down from the hospital. The children wave back while holding their signs supporting the Hawkeye football team. It lasts all of 90 seconds, but its enough to remind you to pack a hanky to wipe your eyes upon your next visit.

It’s tough leaving Kinnick Stadium with a victory. Loud.  Intimidating.  An absolute hornet’s nest.  From kickoff to the final gun, both opposing players and fans will be challenged by the atmosphere.

One of the most enjoyable aspects of the Hawkeyes’ home is the collective song chorused by the crowd after a victory:  “In heaven there is no beer, that’s why we drink it here!”  The Victory Polka is a microcosm of the fantastic gameday spirit in this classic college town. Iowa fans truly know how to put on gameday – they do it as well as any team in the country.