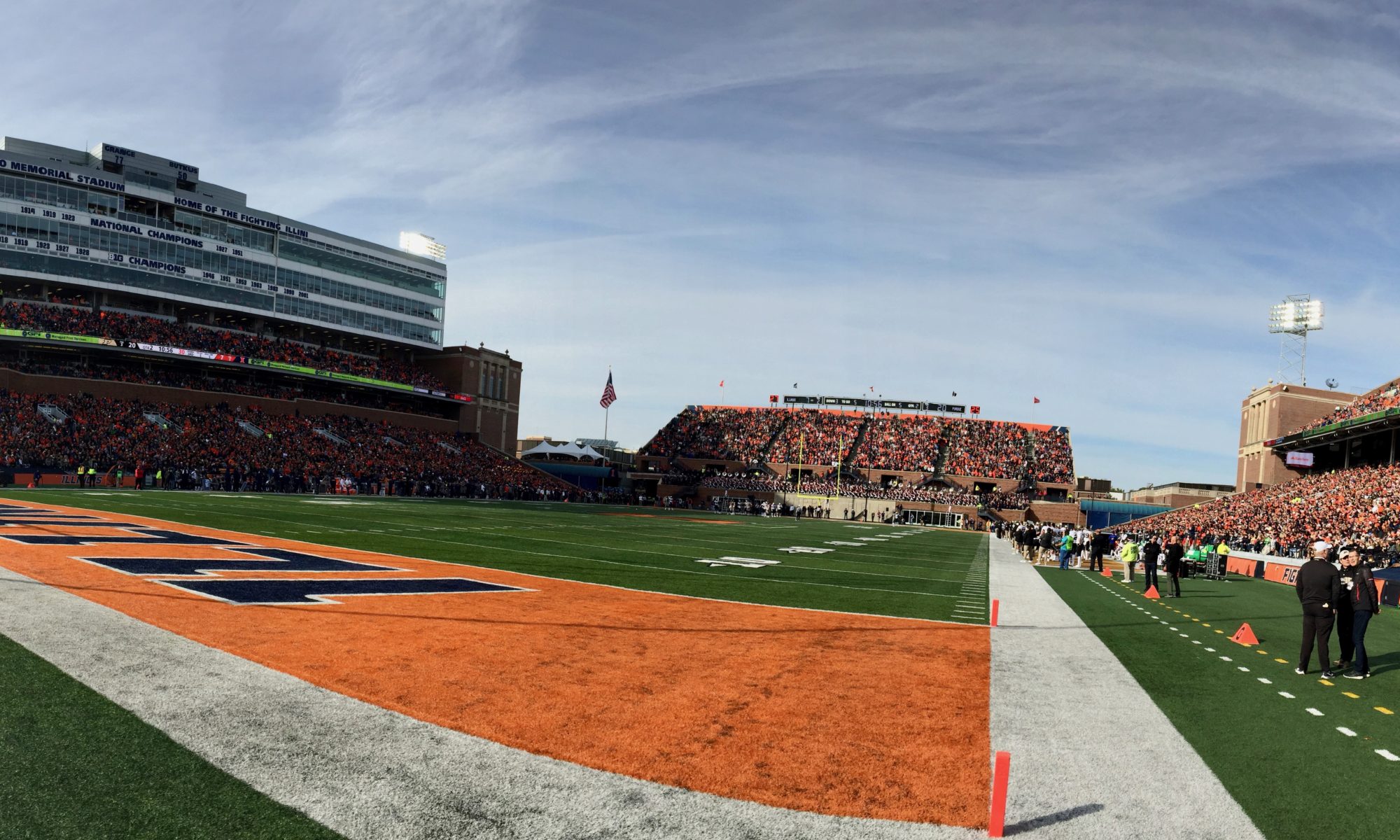 Somewhere amid the cornfields of the midwest lies Champaign, Illinois. It’s a great college town with mounds of enthusiasm and passion for their team. On gameday, tailgating takes place in open fields where music blasts, games are played, and footballs are tossed.  You might even catch the band performing a quick drumline or “Oskee Wow Wow” before they make their march into Memorial Stadium.

The pregame reaches a peak at Grange Grove a couple hours before kickoff as the Illinois football team is greeted by hoards of fans cheering them on.  Grange Grove is decorated with tributes to Red Grange, an Illinois, Big Ten, and college football icon.  The Grange statue that is the Grove’s centerpiece highlights the reason for his legendary status.  He nearly single-handedly defeated the defending champion Michigan Wolverines in the grand opening of Memorial Stadium in 1924. Such a rushing performance had never before been seen, which earned him the moniker “The Galloping Ghost.” He is interwoven in the winning spirit of the Illini nation.

Many aspects highlight Illinois football including Memorial Stadium itself. Alongside the side of the stadium are over 200 columns, which bear the names of those Illini who lost their lives in WWI. Those columns surrounded by red brick create one of the most beautiful structures in all of sports. A statue of Dick Butkus sits outside the new practice facility adjacent to Memorial Stadium. The bleachers inside stretch for the clouds on the double deck sides – a bold shade of orange coloring the bleachers to the summit. The crowd is an active one with one side screaming, “ILL” and the other side responding, “INI.” Fireworks blast at each Illini touchdown, which is a captivating sight at night.

Beyond the beer and the band, comradery among fans is shown in many other ways here at Illinois. Chief Illiniwek, the defunct Illinois mascot since 2007, was a decorated figure that performed a tribal dance during halftime. The crowd reacted positively to the Chief and sent him great cheers. Unfortunately, many activists believed that Chief Illiniwek and his performance was an offensive display. However, he is the pride of the school.  New efforts to replace the mascot are underway, but its hard to replace a near century-old tradition.

Illinois fans demonstrate high levels of love and loyalty for their Illini.  Football in Champaign is a proud tradition that is chief to the school’s enduring legacy.