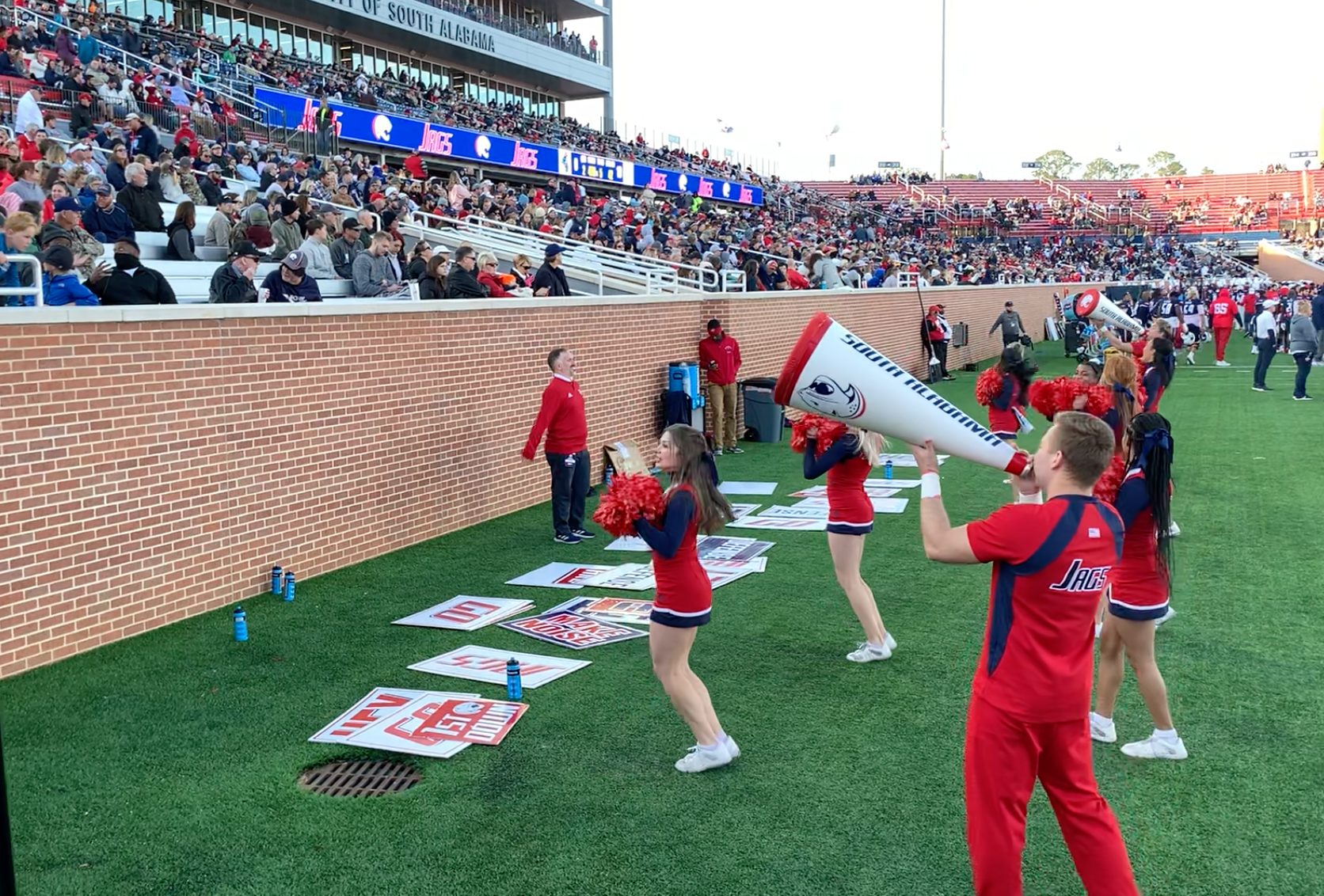 Located in Mobile, South Alabama is one of the youngest college football programs in the FBS. Established in 2009, the Jaguars were tenants of Ladd-Peebles Stadium for its first ten years of existence. Now the proud residents of the sparkling new Hancock Whitney Stadium, South Alabama is rapidly establishing the gameday traditions that make college football so special.

Pregame festivities are highlighted by the South Alabama cheerleaders and Jaguar Marching Band parading around the stadium while leading the team toward their entrance through a crowd of Jaguar football enthusiasts. The fight song, “South,” rings through the breeze as fans cheer on their beloved South Alabama team.

Inside the stadium, red, white, and blue dominates. In 1965, the chosen colors were originally black and gold. However, many of South Alabama’s students came from a nearby high school that donned the same colors. Therefore, the decision was made to switch the school colors to red, white, and blue to match the USA acronym that stands for both United States of America and University of South Alabama.

Strutting the sidelines are both the mascots at South Alabama that ignite the crowd and inspire pride. South Paw and Miss Pawla represent USA and the Mobile community. In the 1960s, South Alabama kept a live jaguar on campus, but that became too complicated. The costumed versions arrived in 1986 (South Paw) and 1992 (Miss Pawla), and they have been instrumental on South Alabama gamedays.

The South Alabama football program continues to grow, but it has established an outstanding foundation of all the elements needed to create a fantastic gameday atmosphere.