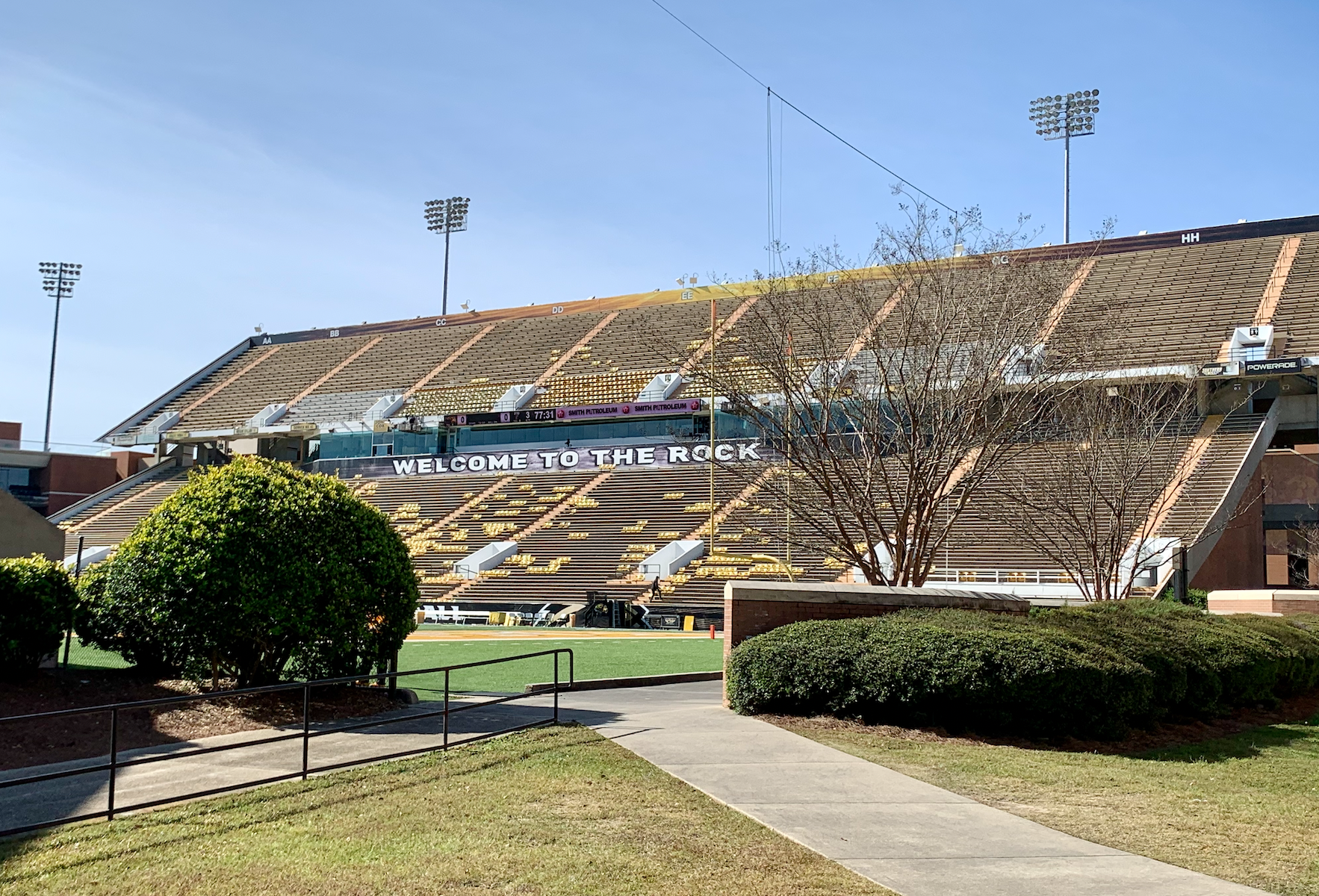 The foundation of college football culture is constructed on small campus towns that swell to ten times their size on gamedays. Locations like Tuscaloosa, Alabama; Lincoln, Nebraska; and Norman, Oklahoma attract most of the spotlight. But, more impressive are the dots on the map that are typically less hyped, but emit the same passion and pageantry as universities that are consistent gridiron thoroughbreds. Hattiesburg, Mississippi qualifies as one of these special campuses. Located one hour from both the Louisiana and Alabama borders, the University of Southern Mississippi is an underrated hot spot in college football that deserves more of that spotlight.

Ground zero for gameday revelry lies at Spirit Park, in the shadows of M.M. Roberts Stadium. An outdoor pavilion welcomes black and gold clad fanatics to jam to the sounds of live music while a variety of food trucks and activities amplify the surroundings. Tailgating spreads out beyond the borders of Spirit Park extending the pregame party throughout campus.

On the opposite side of the The Rock, the stadium’s fierce moniker, a canon blasts to signify the onset of the Eagle Walk. Fan fervor charges the atmosphere during this parade-like team walk. Thousands gather to cheer on the Pride of Mississippi Marching Band, the cheer squads, and their beloved Golden Eagles as they stride around the stadium toward the locker room entrance. The team walks amongst banner displays highlighting the proud history of Southern Miss football. The experience is a celebration of the unrelenting spirit in Hattiesburg.

The Eagle Walk ends near Spirit Park where the band plays to hoards of admirers. Adored mascot, Seymour d’Campus, takes pictures with Eagle enthusiasts as “Southern Miss To The Top” plays at full blast. This fight song title also serves as the team battle cry. Hollering “Southern Miss!” will be promptly returned with “To The Top!” Abbreviations reading “SMTTT” can be found on signs and apparel around campus. For players, students, and Golden Eagle backers, it signifies a “never give up” attitude.

Hattiesburg, Mississippi is a blend of devoted fans, southern hospitality, and respect for tradition. Over the years, an incredible college football atmosphere has been cultivated. Southern Miss is an outstanding model for how college football Saturdays should be implemented.