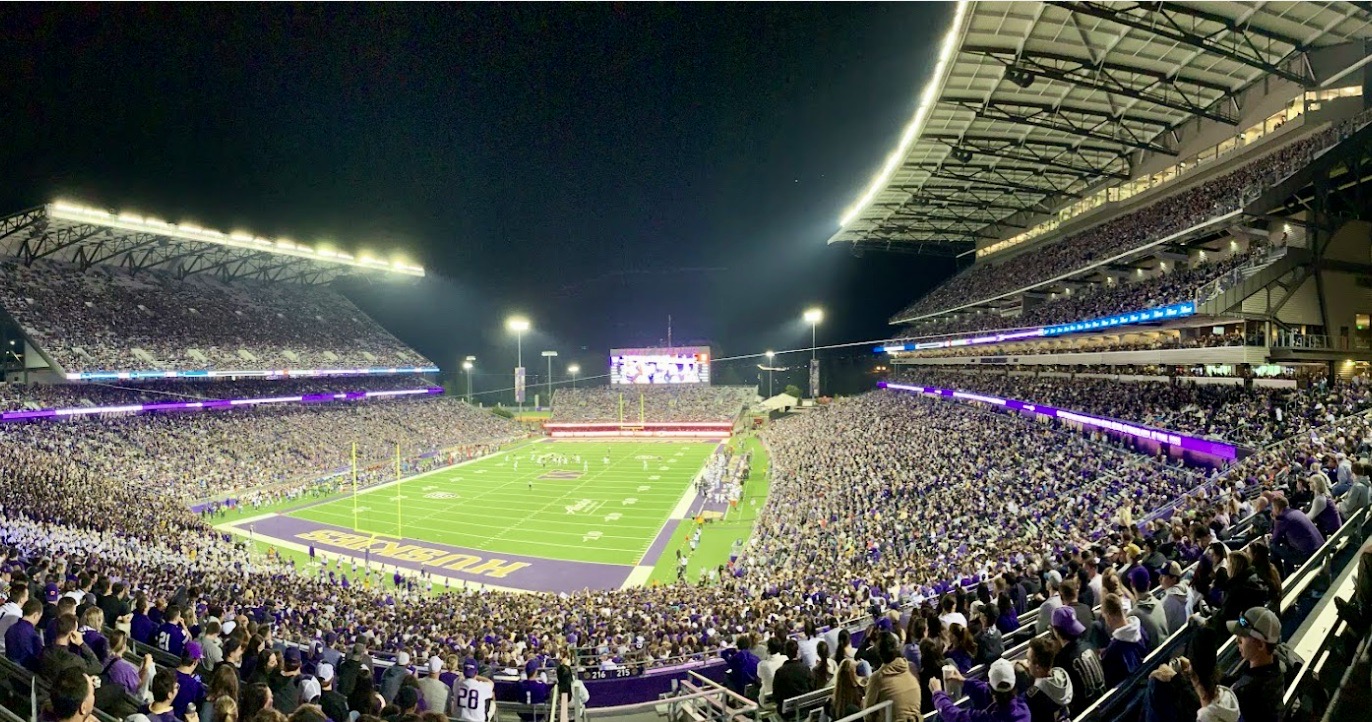 Husky Stadium lies on picturesque Lake Washington in Seattle. Home to the Washington Huskies, the scene has become one of the most iconic in college football. The purple and gold have reigned in the Pacific Northwest since 1889, and it’s a program abundant in tradition. Autumn Saturdays in the Emerald City provide a gameday saturated with passion and pageantry.

The tradition that stands out as one of the finest in the sport is Sailgating. With Husky Stadium situated on sparkling Lake Washington, it is one of only three stadiums where a boat can be taken as a means of transportation to the game. Most fans drop anchor and absorb the view of Husky Stadium as they participate in the pregame revelry. The alumni band drops by to offer the sounds of Husky spirit as cheers of “Go Dawgs” are hollered from each stern. With a wide variety of boats gathering together flying purple Washington flags from their masts, it’s a party scene like no other in college football.

As some fans continue sailgating, others continue the more traditional form of tailgating on land. Many await the arrival of their Huskies for the pregame teamwalk. The sound of “Bow Down to Washington” is played by the band as the cheerleaders and mascots Harry and Dubs join in. The scene splashes the atmosphere with anticipation for game time.

Once inside the stadium, the view of the lake dotted with boats is visible from the upper decks – one of the most recognizable in college football. The Huskies charge out of the tunnel through a purple haze energizing the crowd of loyal fans.

While the stadium grows boisterous with the U-Dub fanatics that cram the arena, the air raid siren that blasts after each Washington score drives noise levels into the sky. It’s irritating to opponents, but music to Husky fans. A lively crowd continues to raise decibel levels with the “GO HUSKIES” cheer that rattles the bleachers. For opponents, the scene pulsates with intimidation.

Mascots Harry and Dubs are proud icons at UW. Harry, the costumed mascot, entertains onlookers with his quirks and antics. Joining him is the live Husky that has been accompanying the team since the early 1920s. These famous figures add to the tremendous spirit and excitement of gamedays in Seattle.

Washington is one of the oldest west coast schools, and the traditions that live here provide proof of the roots that have been established. For college football fans, this is a must-see location on the map. It’s difficult to argue with the often seen phrase around the stadium – “The Greatest Setting in College Football.”