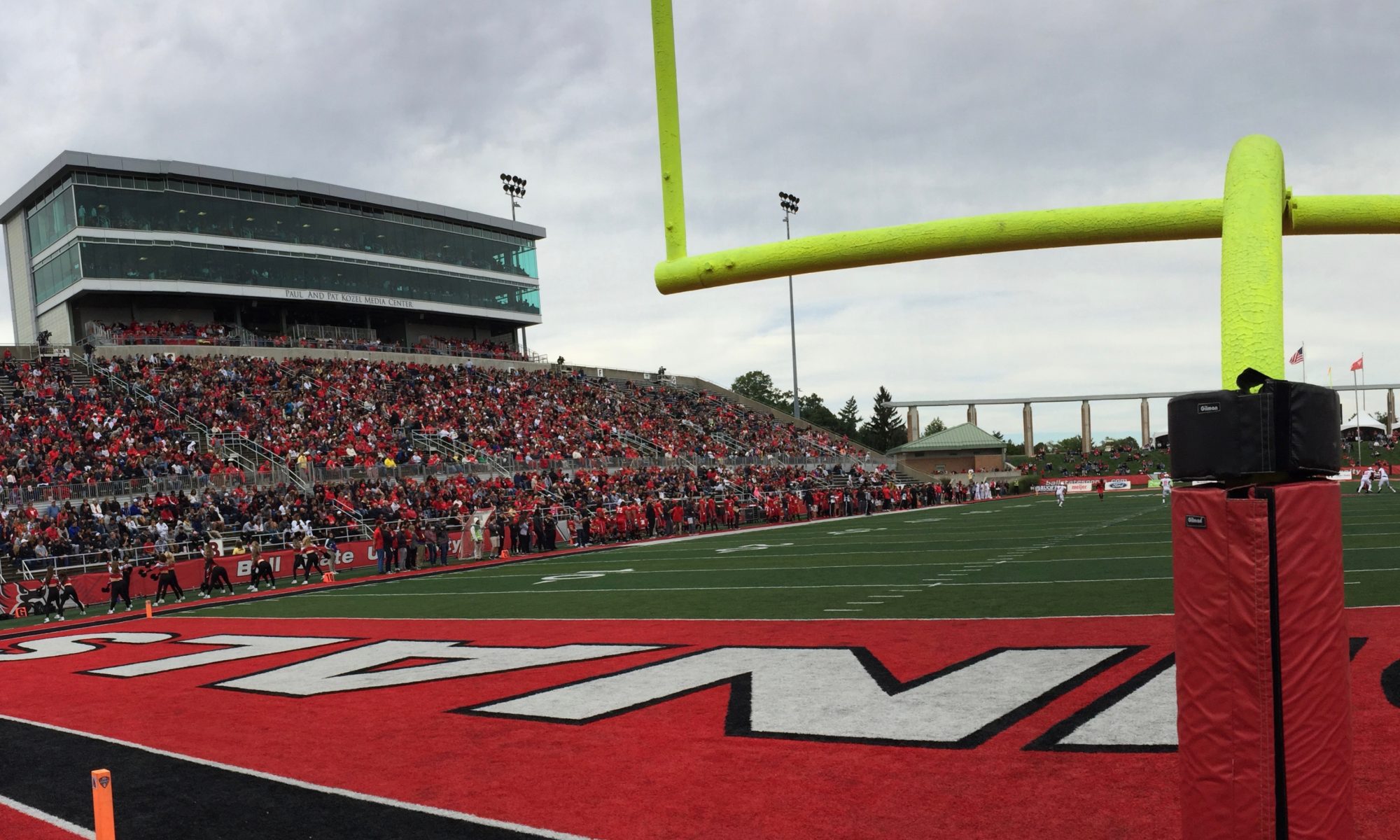 END_OF_DOCUMENT_TOKEN_TO_BE_REPLACED

Ball State was competitive at Notre Dame a couple weeks back. That same spirit would need to emerge as a winless, yet hungry Western Kentucky team strolled into Muncie. A great crowd was anticipated to fill Scheumann Stadium as evidenced by the expansive tailgating scene that filled the green acreage beyond the concrete lots.

END_OF_DOCUMENT_TOKEN_TO_BE_REPLACED

The entire state of Michigan focused their attention on the Michigan Wolverines and their response to the earth-shattering upset they endured a week earlier to the Appalachian State Mountaineers. If only the folks in Ypsilanti could care that much about their football team. Eastern Michigan University is only ten minutes from the University of Michigan, but they couldn’t be further apart in fan support and devotion. Attendance numbers for their home opener at Rynearson Stadium did not even surpass the 6,000 mark. The scene looked more like a spring game than a home opener. The highlight of the afternoon probably came at halftime when the 1987 California Bowl champion, Eastern Michigan Hurons, were honored on the field. Twenty years since Eastern’s last bowl game and the empty seats in the stands provided solid proof. As the game continued, it became clear that their streak of bowl absences would continue.

END_OF_DOCUMENT_TOKEN_TO_BE_REPLACED

Ball State University might want to replace their maintenance staff with NIU tailback Garrett Wolfe as he covered more ground and clipped more blades of grass with his shoes than John Deere could with a fleet of mowers. On an evening where nearly every type of imaginable weather came over Sheumann Stadium, nothing could stop the nation’s leading rusher.

END_OF_DOCUMENT_TOKEN_TO_BE_REPLACED

After devouring Murray State last week, the Badgers were clearly ready for seconds as Ball State wandered into Madison. With Wisconsin’s flimsy non-conference schedule, many hoped tailback Ron Dayne would continue to accumulate yards toward the nation’s rushing record. However, the Badgers were forced to rely more on special teams and defense in the first half due to an offense that appeared to be in a haze.