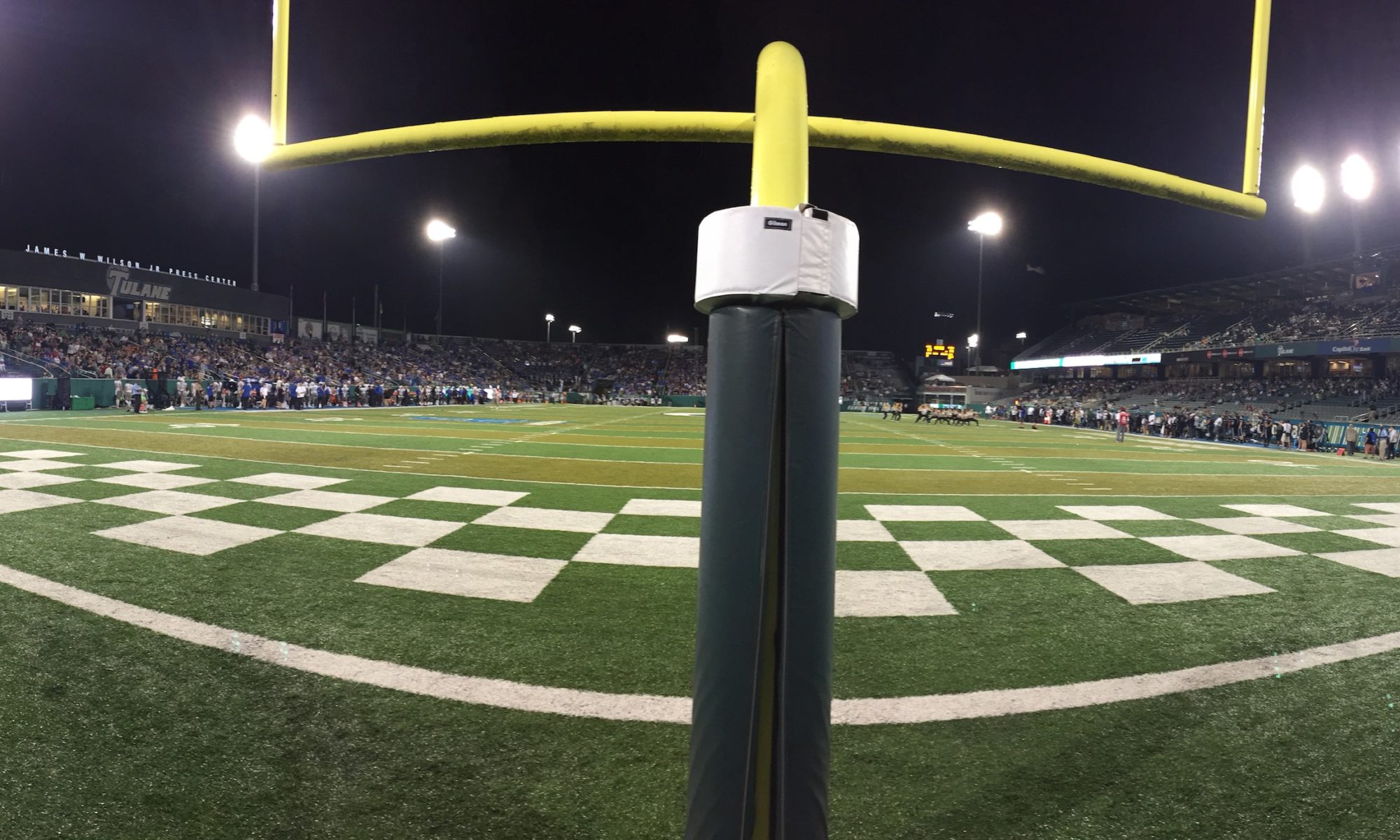 END_OF_DOCUMENT_TOKEN_TO_BE_REPLACED

Despite the ominous skies threatening precipitation, Tulane fans, and students in particular, filled the campus quad with tailgating madness. Apparently, the area usually designated for Green Wave backers was given to visiting Tiger fans. Once it was apparent that Memphis was not going to fully occupy their designated area, the Tulane students took action. In a move of retaliation, a tailgate covering a few thousand square feet was lifted and relocated to its rightful land. In a scene like no other I have ever witnessed, a green wave of fans carrying tents, tables, coolers and kegs marched their event a few hundred feet back to its rightful territory and continued to party in a fashion that rivals many power five conference schools.

END_OF_DOCUMENT_TOKEN_TO_BE_REPLACED

The stands did not reflect the near sell-out crowd recorded in the box score after the Cougars’ victory over the Green Wave. Perhaps it was the lack of QB Case Keenum that kept fans away. Houston’s electrifying quarterback was set to break the all-time passing yard record this season when UCLA took out his ACL last week. The lower fan numbers could also be due to the loss of Houston’s backup QB due to a broken collarbone. Although both these factors can drain the energy out of a fan base, so can mid 90 degree temperatures and a sun that just could not find a cloud to hide behind. Usually, Cougar games take place at night, but this time, the television schedule would not allow for a sun strokeless event. Rather, Houston fans were forced to fry as they watched the third string quarterback, Terrance Broadway, take charge of the offense.