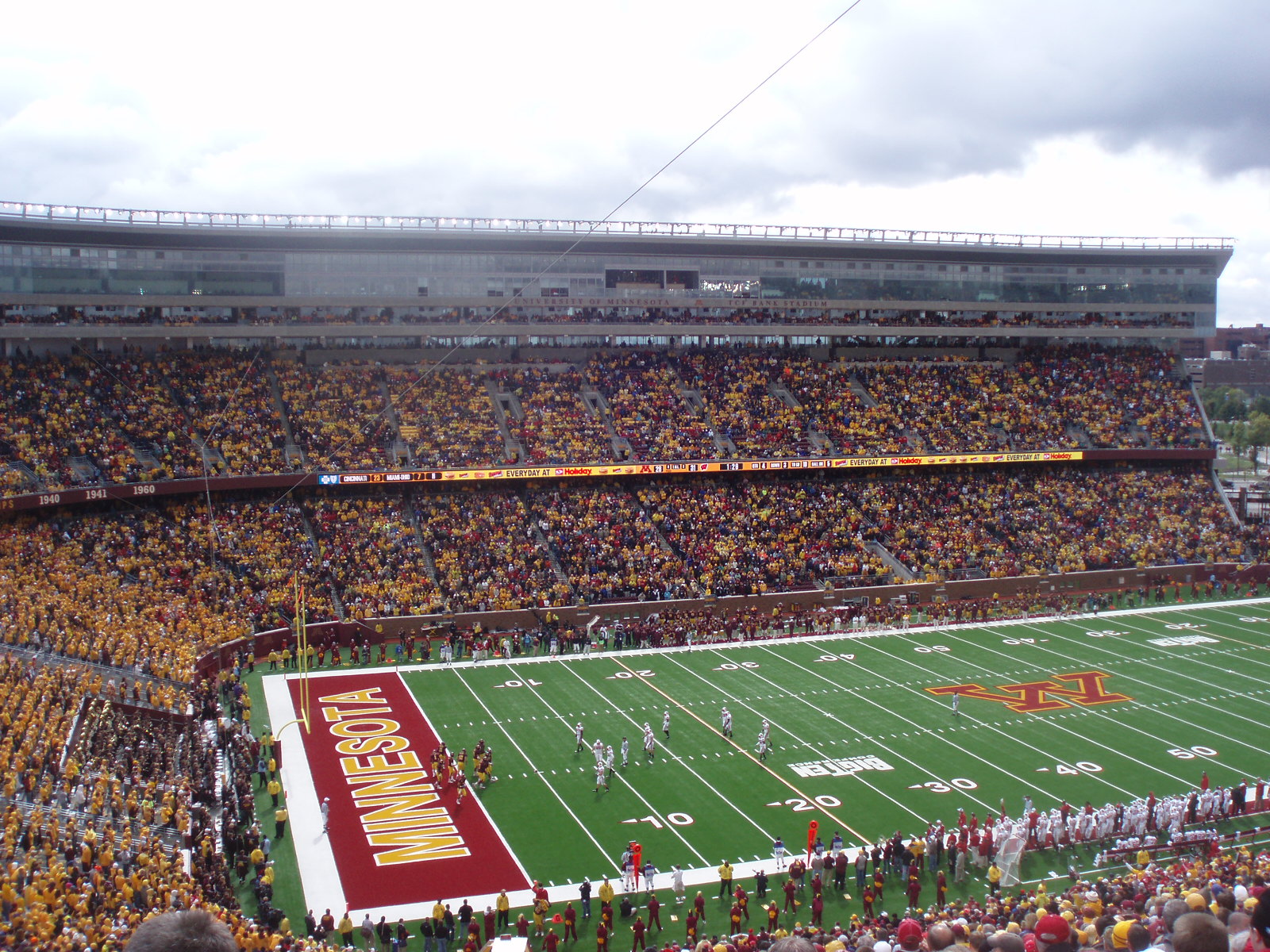 Since 1924, Minnesota had been playing on campus in the rustic, yet deteriorating Memorial Stadium. Due to its need for renovation and the lack of state funding, the university chose to abandon the classic old stadium and move the Gopher football program into the Hubert H. Humphrey Metrodome being built in downtown Minneapolis. Since 1982, Minnesota has been playing its games in the oversized bubble surrounded by steel and concrete.

The move seemed ingenious at the time. For starters, the state of Minnesota delivers temperatures that forces Jack Frost to bundle up, therefore concerns about weather conditions vanish. In addition, the structure was to house the Vikings and the Twins as well, so it would bring Gopher football right into the heart of city action. However, the plan had a reverse affect. Being downtown sterilized the program and caused a slow steady drop in enthusiasm. Stripping the fans of a college atmosphere actually reduced the action and left Gopher football stale.

However, at the onset of the 2009 season, Minnesota fans have a new place to call home. In an effort to get football back on campus, TCF Bank Stadium was built. It is not quite as loud as the dome, but it still provides a much richer college atmosphere. With views of downtown Minneapolis and the stands being doused in maroon and gold, Gopher football has shed it’s dreary dome and provided new life for its program. TCF Bank stadium is brand new, but features classic touches like the brick exterior and horseshoe shape. The sounds of the Minnesota Rouser fill the new space nicely, and the fresh foundation has resuscitated the charisma that Memorial Stadium once possessed.