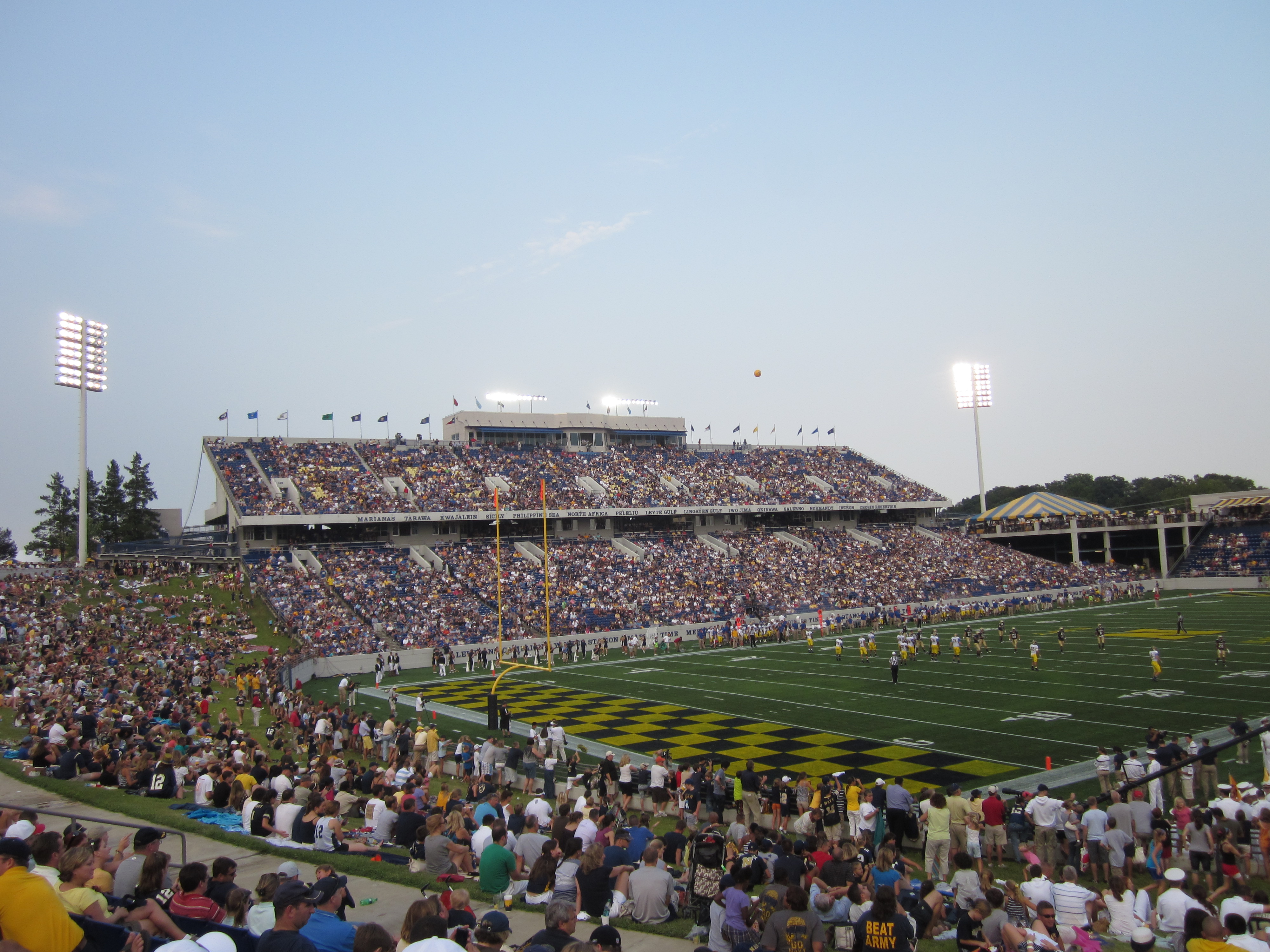 Every football Saturday at Navy is like the greatest 4th of July parade you have ever attended…at least during pregame anyway. Led by bagpipes and followed by the cheer squad, the Navy football team receives a warm welcome as they arrive to the stadium two hours prior to kickoff. Donning their all white uniforms, you are automatically struck with the reminder that Navy, like Air Force and Army, are unlike any other teams in sports. Their devotion to team and school goes well beyond the football field and community. The battles these players face on the gridiron are symbolic of the service and dedication they give to our country.

More reminders of this arrive as the patriotic pageantry continues soon after the players arrive. Fans and tailgaters get the cue to pack up and prepare for game time as a distant, but steady stream of white begins to make their turn onto Taylor Avenue leading up to the stadium. This is the Brigade of Midshipmen, and its procession dominates pregame as each regiment, battalion, and company march onto the field and into position in preparation for the national anthem. Few pregame rituals are packaged with such precision and perfection. Navy does it in a way that makes you proud to be American.

The same discipline continues as the ball is kicked for play. At once, Navy’s recognizable triple option offense leads the charge. A decades-long tradition, this offense defines discipline and fits the Midshipmen well. As a result, scoring is almost inevitable and when the goal line is broken, “Anchors Aweigh” rings from the Naval Academy Band as an enormous portion of the Navy student body pours from the stands to celebrate with pushups from behind the end zone – a suitable celebratory tradition for this crew. The two goats that serve as Navy’s mascot show little concern as swarms of officers storm from the stands. Perhaps they are used to the action. After all, live goats have been an unwavering staple of Navy’s sideline since 1904. Of course, all of these proud traditions are blanketed by the most iconic rivalry in all sports – Army vs. Navy. This game’s neutral location does not dilute its tradition – in fact, it enhances it. The power of both Army and Navy come together in a game that is far more important than any other regular season or bowl game. But aside from this game, the happenings inside Navy Marine Corps Memorial Stadium are certainly enough to get the sense about what is most traditional and true about college football.