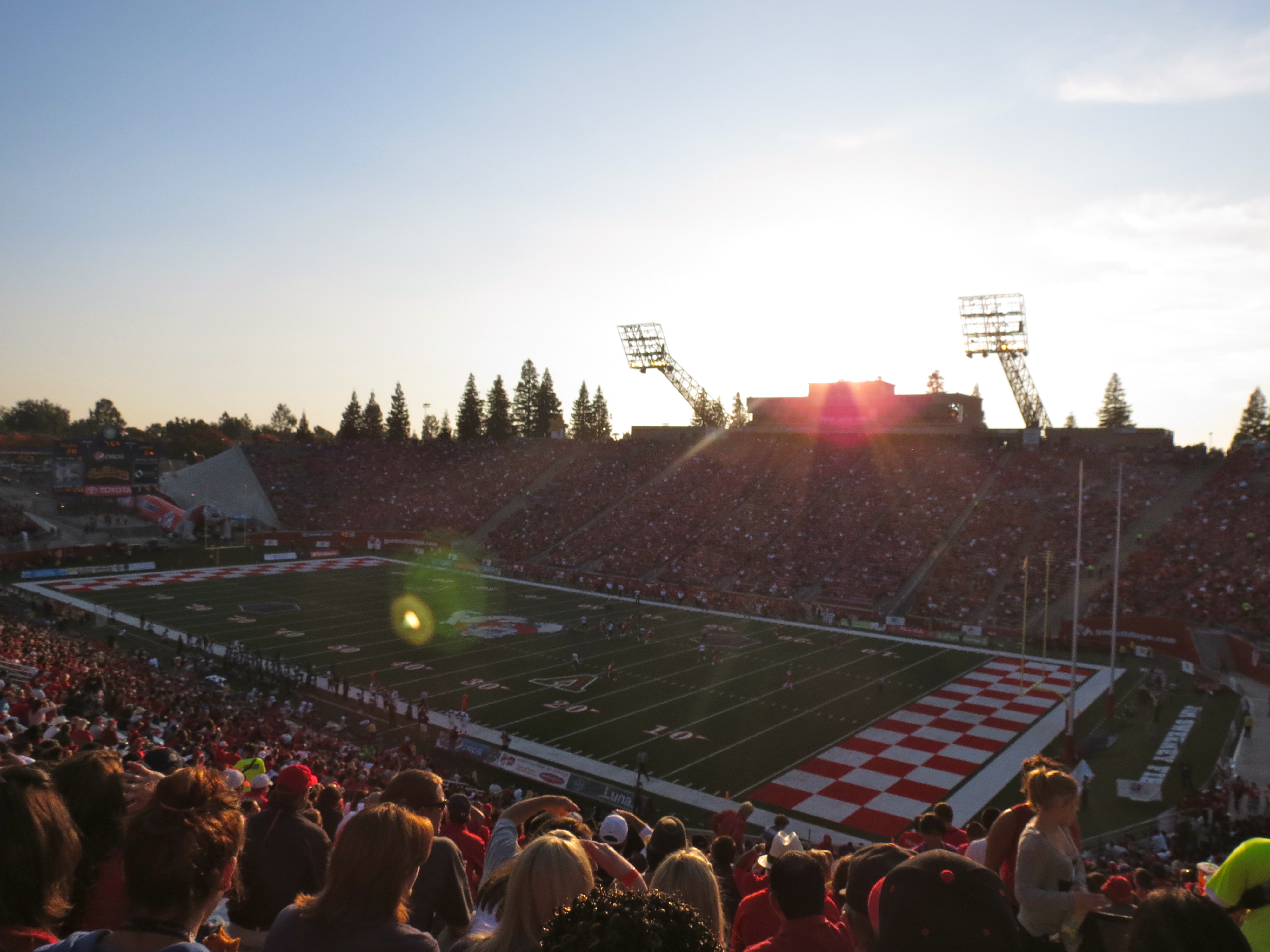 A drive from San Francisco to Fresno will quickly remind you of how much remoteness California has to offer – you might glance at the gas tank gauge a little more often than normal just to be sure. Upon approaching the San Joaquin Valley and Fresno area, a sigh of relief might just envelop you as campus life and gameday action are just a couple of dirt clouds away. Fresno is relatively spread out and the campus area is in the middle of it all. Once on Bulldog Lane, all the expected pregame rituals begin to take shape. Bulldog Stadium itself is a bit difficult to see from the certain directions as it rests on a sports complex between other sporting and training facilities. Its unique crane-like lighting structures are quite visible, however, and point down on a place that has seen a lot of excellent football in recent years. Tailgating commences on all corners of the sports grounds, while the band and mascot weaves its way through playing the fight song and high fiving passersby.

There exists a special level of pride that connects Fresno State and its fans. It all starts with a green “V” that can be spotted on the back of the team’s helmets. The “V” stands for valley, as in the San Joaquin Valley. It represents Fresno State’s pride for this community, and the green color symbolizes the agricultural aspect of the valley. The “V” is hard to miss all around the stadium, and it links team and town in a very unique way.

Bulldog Stadium is nicknamed The Dog House – a fitting name for the rabid nature of its fans. Loyal and dedicated, these folks love Fresno State and support loudly and proudly. Onlookers are pretty close to the action even though the uniquely wide aisles keep them somewhat apart from one another. Known as the Red Wave, these fans make it challenging for visitors to come away victorious. The iconic checkerboard end zones welcome the team as they charge out of a gigantic inflatable bulldog and clouds of smoke. Victory the Bulldog (both live mascot and masked mascot) patrol the sidelines cheering on their team. The band is incredible and musically active throughout the game. Gameday at Bulldog Stadium is a special event and not to be missed by members of this great community. It’s no wonder Fresno State has developed into such a great team despite the limitations of a mid-major conference.