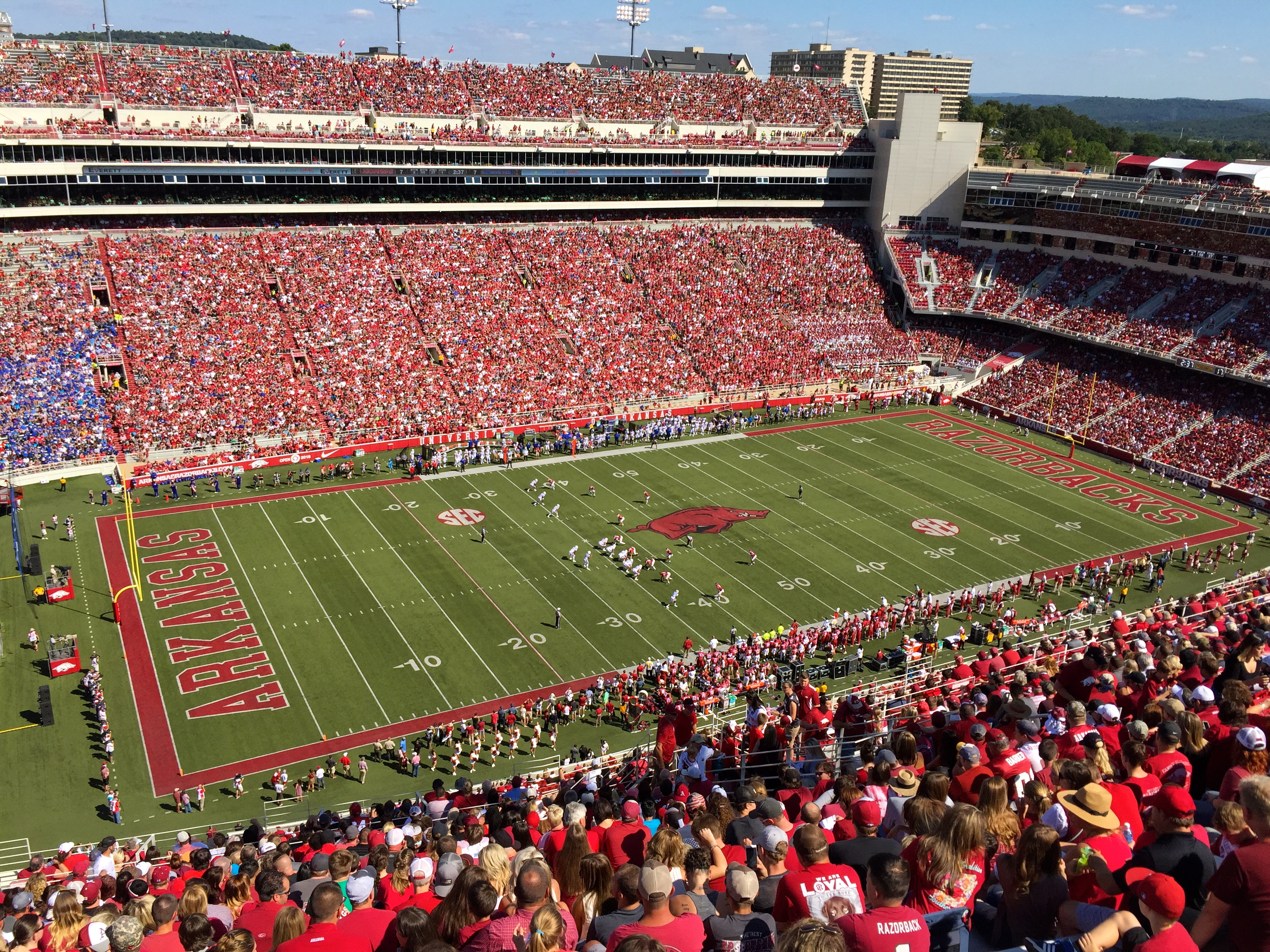 Fayetteville rocks on Saturdays in the fall.  There is certainly no shortage of passionate fans and tradition here at Arkansas which is evident as the team runs out of a hog pen through the band-crafted “A” into an intimidating atmosphere in Razorback Stadium. That intimidation factor begins pregame with pro style tailgating surrounding the perimeter of Arkansas’s massive SEC arena.

You might even hear “Woooo Pig Sooie!” being echoed around campus. They’re calling the hogs, and you will definitely experience it once inside the stadium. Hands raise up in unison as the crowd bellows this uniquely Arkansan battle cry. The experience is odd perhaps to those outside the SEC, but tormenting to opposing fans and players that have to endure it on repeat. Nevertheless, it’s an enduring tradition that has been a part of the culture in Fayetteville since the 1920s – another tradition adding to the eclectic landscape of college football.

As your eyes graze on the visual appeals of Razorback Stadium, you might catch a glimpse of Tusk, the live boar mascot that keeps watch on the sidelines. Often resting in its cage, or feeding on grapes, it’s a bit more of a symbol than scare tactic – a real untamed razorback is unrelentingly ferocious. Certainly, this is a distinctive mascot that adds to the recognizability of the Arkansas football program. Coupled with Big Red, Sue E., and other costumed hogs on the sideline, the razorback is clearly a fantastic and beloved part of the tradition here.

Fans coming to Razorback Stadium will not be disappointed. It is SEC through and through.  Tradition, culture, and passion blend perfectly here for a remarkable gameday experience.