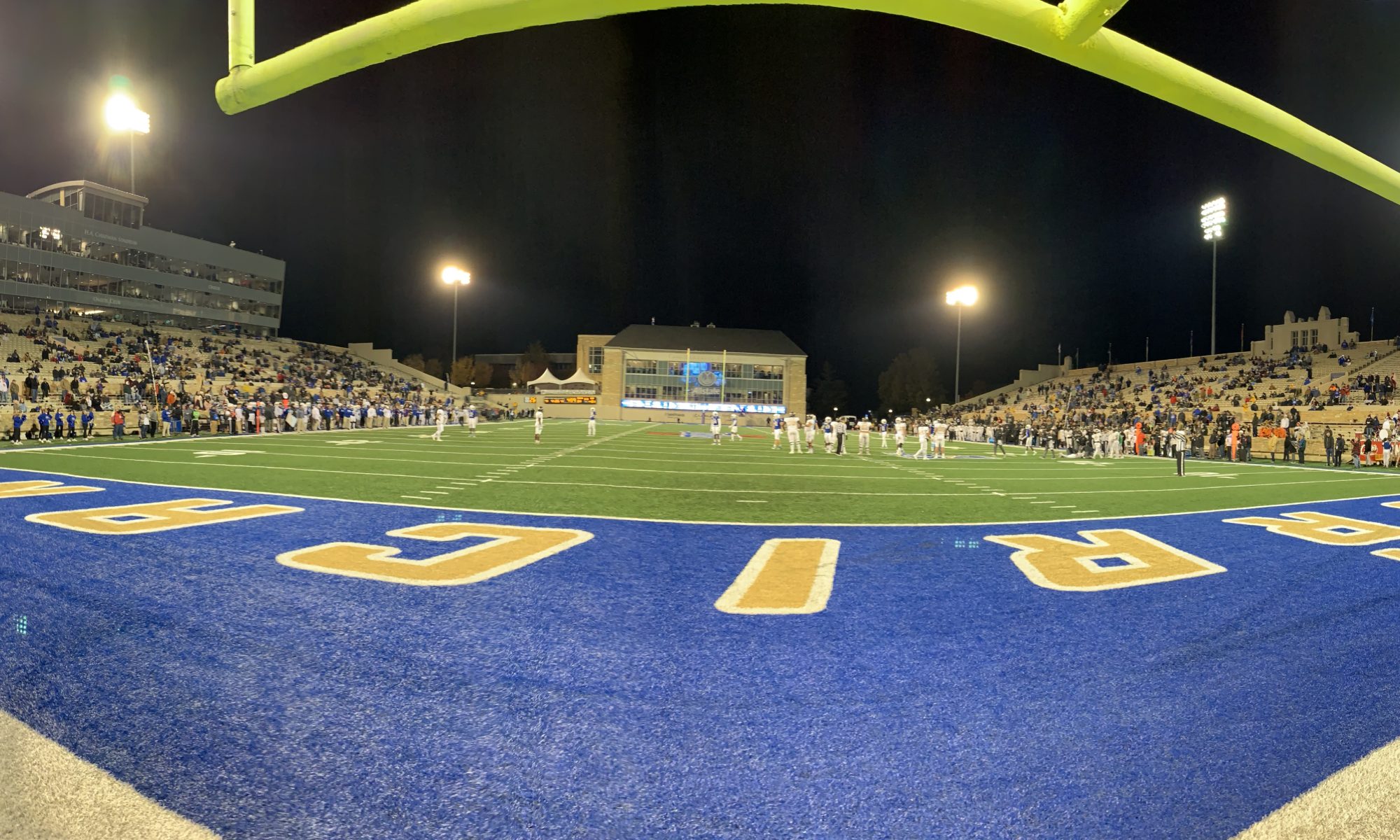 Tulsa may not be woven as tightly into the fabric of college football’s landscape like some Power 5 conference schools. Even in their own state, they often get eclipsed by the Oklahoma Sooners or Oklahoma State Cowboys. However, Tulsa is a city that should not be overlooked when it comes to building a fan base that exudes its own unique passion for the team and town.

Resting on historic Route 66, H.A. Chapman Stadium features a beautiful blend of the old and new. The original Skelly Field entrance welcomes fans on one side while the modern press box and club level casts shadows from the other side. Many original archways remain intact while new stone facades blend the stadium’s architecture with the rest of campus.

The pregame team walk jumpstarts gameday as cheerleaders, fans, and the Sound of the Golden Hurricane Marching Band gather to cheer on the players as they make their way into the stadium. Leading the charge is Captain ‘Cane, Tulsa’s superhero mascot. The formation of this sideline fixture is told as a legend – a Tulsa student, while fixing a stadium satellite, was simultaneously zapped by both electrical forces and the roar of the crowd, thus creating the super-human icon. This story, as told by the school website, certainly ranks as one of the most creative mascot origins in college football.

Another symbol of pride at Tulsa rises high above H.A Chapman Stadium. The nautical Hurricane warning flag, a red square with a smaller black square in the center, has become Tulsa’s emblem of pride, and flies confidently in the Oklahoma breeze. Many fans carry their own replicas of this flag and wave it during significant moments in the game. Emblazoned in the school logo, the hurricane warning flag is now inexorably linked to Tulsa athletics.

With updates to the stadium and traditions that have taken root, Tulsa football is regaining a stability that matches the long and rich history of the program. The mechanical hurricane siren that blasts during the game is a warning to college football that Tulsa will continue to make waves.