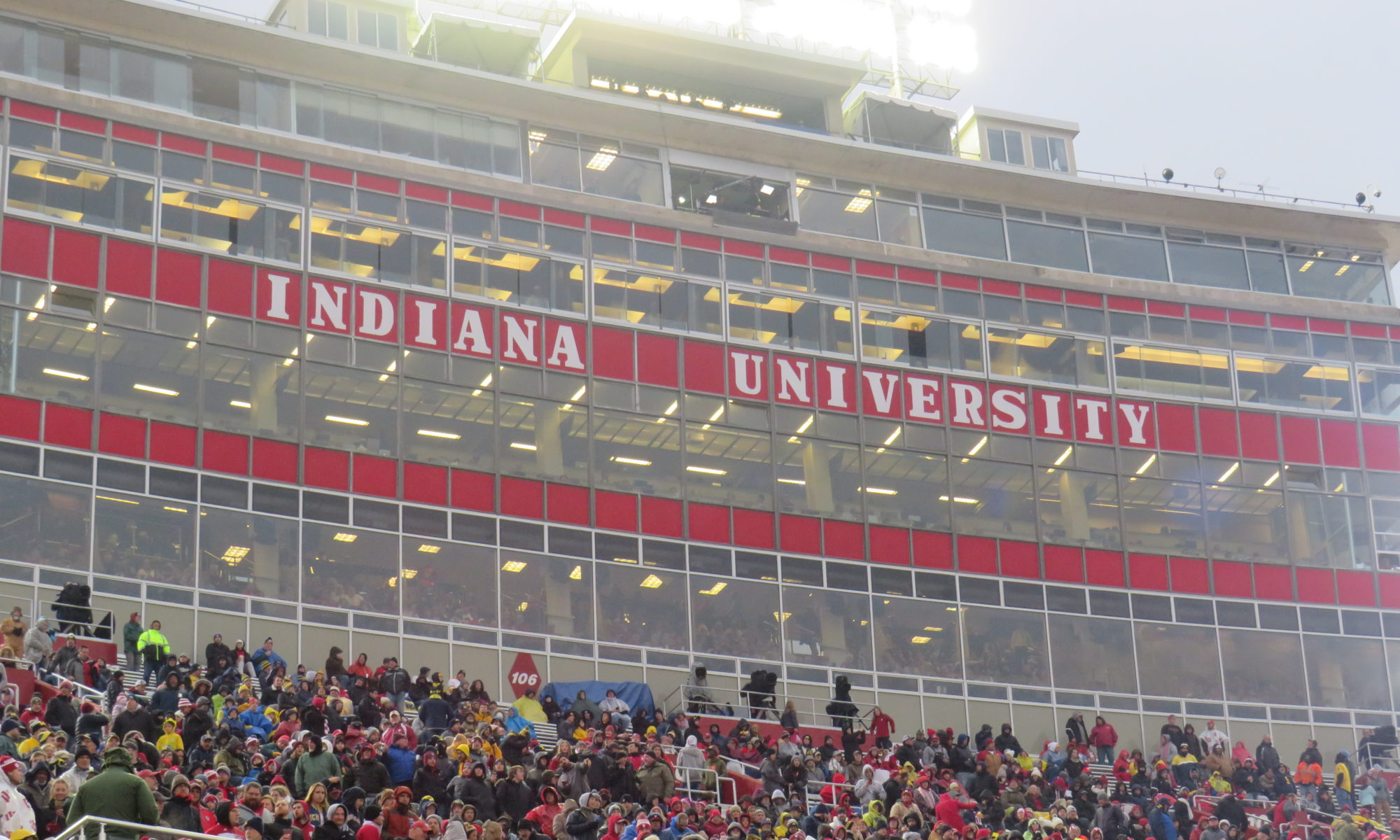 Due to basketball’s domination in the state of Indiana and a shortage of winning seasons in the past decade, the Hoosier football program is starving for attention in the Big Ten. However, they have all the ingredients in Bloomington to be successful. John Mellencamp, an IU alum, donated a beautiful practice facility and the campus itself is very attractive. Memorial Stadium is hard to miss on campus. It’s old-fashioned press box and extremely high facades seem to go right up into the sky. Recently, Memorial Stadium has undergone a facelift with world class weight lifting facilities and added seats that closed both ends of the stadium. All these pieces make Memorial Stadium primed to be a cauldron of excitement.

Former coach Terry Hoeppner had installed new traditions at Indiana hoping to refill the tank. He nicknamed Memorial Stadium, “The Rock,” and had a huge boulder placed at one end of the stadium for players to touch as they make an entrance onto the field.  In addition, Hoeppner added a player walk through the tailgaters to the stadium to spark excitement.

The annual rivalry with in state foe, Purdue, has also gained more hype in recent years. The Boilermakers and Hoosiers have been playing since 1891, and specifically playing for the The Old Oaken Bucket trophy since 1925. For Indiana, winning this game has become one of hallmarks for achieving a successful season.

The origin of the Hoosier moniker has aroused debate over the years, but its meaning is widely agreed upon as being a proud native of the state of Indiana. The pride exudes most wholeheartedly as The Marching 100 blasts “Indiana, Our Indiana,” and fans finish it off with a rousing “I-U!”

Despite Indiana’s struggles, there is still a lot of passion bubbling beneath the surface, and standing high up in that stadium and looking down, you get the feeling that Hoosier fans are ready to explode and show that they can cheer for more than a just fight song.