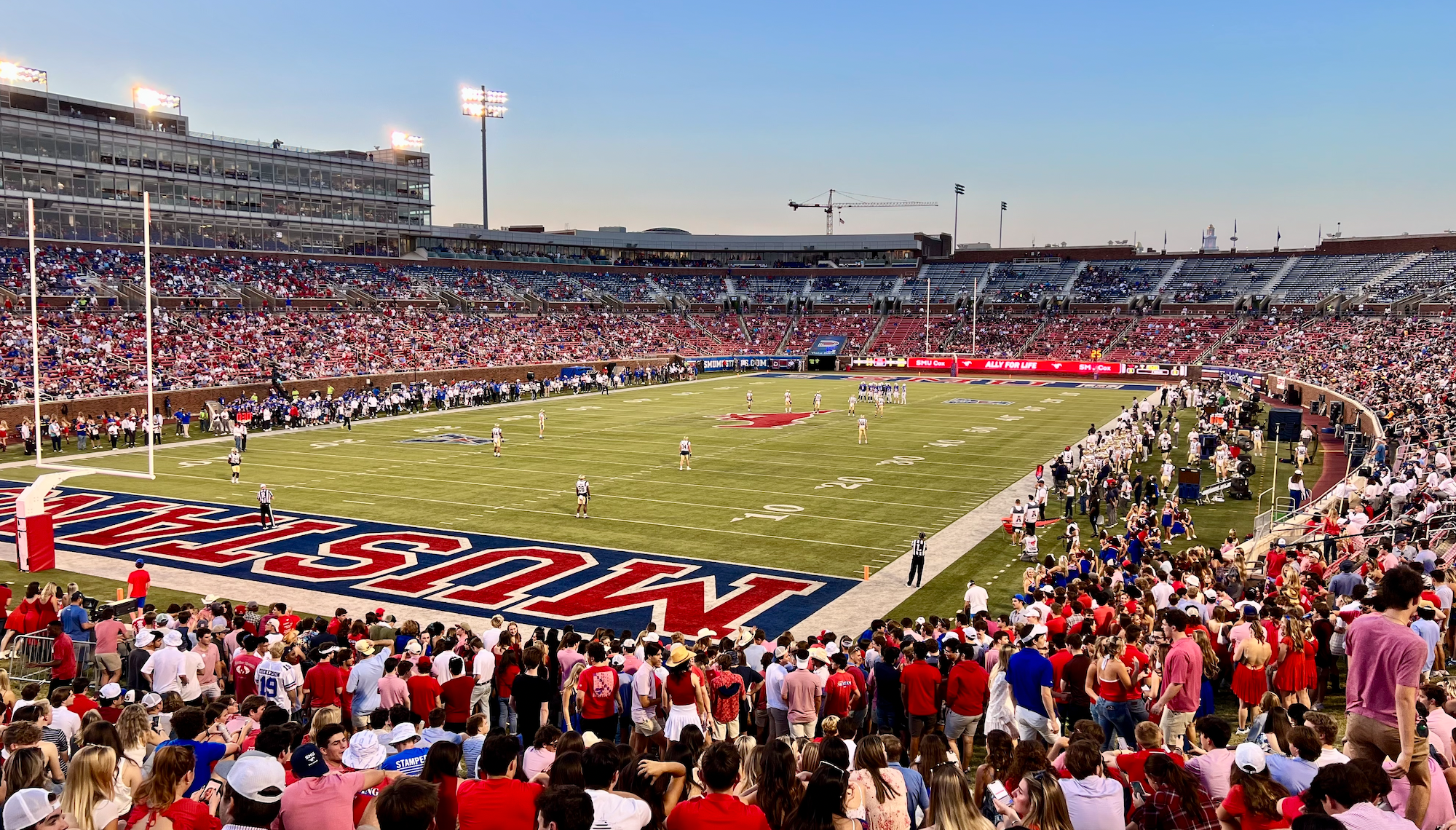 Dallas is a big professional sports town. But, a traditional college gameday experience still pulsates through the town. SMU has had its home in Dallas since 1915. A history of incredible triumphs and a notable devastating setback have led to the modern day in which the stunning home of the Mustangs lights up on Saturdays – Gerald J. Ford Stadium. A blend of traditions, old and new, have made this a memorable spot to visit.

“Turbulent” best describes SMU football in the 1980s. From 1980-1984, the Mustangs boasted and impressive 49-9-1 record – one of the best programs in the country at the time. However, repeat violations of NCAA rules shut the program down for the 1987 and 1988 season, the only school to ever receive the infamous “death penalty.”

A slow and painful recovery followed. The construction of Gerald J. Ford Stadium in 2000 gave the program a jolt, but it still wasn’t until the 2010s that SMU began to see more wins than losses.

Bowl games have now become a regular occurrence along with one of the greatest tailgating traditions in the sport – Boulevarding. A wide strip of grass dividing Bishop Boulevard connects Dallas Hall with the stadium. Reminiscent of The Grove at Ole Miss, this lengthy tree-lined thoroughfare becomes a block party on football Saturdays. Densely packed with red and blue tents, flags, and decor, The Boulevard becomes the epicenter of gameday.  From frat parties to elegant affairs, each tent showcases the proud spirit of SMU. A highlight of the Boulevarding experience comes two hours before kickoff when the team gets led toward the stadium by the cheerleaders, mascots, spirit squad, and Mustang Marching Band.

Both mascots bear the same name – Peruna. One, a traditional costumed mascot, represents the mustang for which the team is named. The other is a live black Shetland pony that gallops across the field with its carriers after each SMU touchdown. Both are iconic representations of Mustang pride.

The death penalty set SMU back for a couple decades, but rising from those ashes is a program that makes Dallas proud. From Boulevarding to lighting the tower red after a victory, gamedays in the Big D have Mustang fans fervently screaming Pony Up!