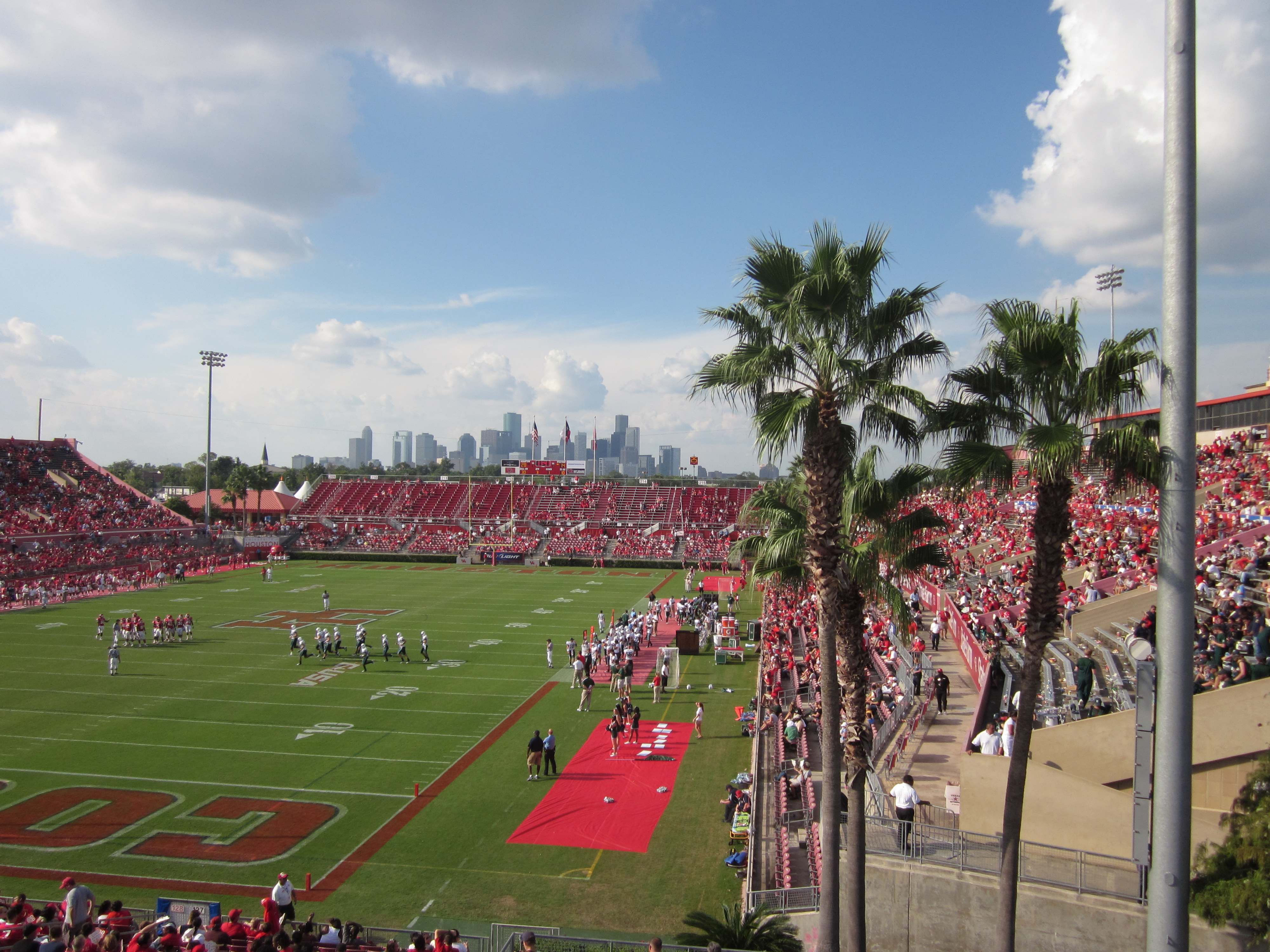 Houston did have a problem. But, they fixed it. Not long ago, the Astrodome housed Cougar games. Moving college football games from campus and into downtown professional stadiums puts an antiseptic on the energy and culture that drives the spirit of the game. With some renovations and updates, the University of Houston resuscitated old Robertson Stadium and brought the Cougars and their fans back to campus. It seats around 35,000, which is considerably smaller than most FBS stadiums. But, that does not equate to lack of noise and excitement.
UPDATE:  In 2014, Houston opened TDECU Stadium – CFT WILL RETURN!

Although Houston is more of a pro sports town, the Cougars certainly contribute. If the Texans and Astros are the heart, then the Cougars are the soul. (For Cougar fans, Rice is the foot). The palm trees that adorn the corners of the stadium remind you of the climate that envelops this area, and visiting players must deal with that sweltering heat. Since most home games are played at night, Robertson Stadium can be an intimidating venue. From the growl of the fans to the growl of the “cougar” over the sound system, many teams leave with their tails between their legs. After each Houston score, “The Blaze” is sounded, which represents and old oil field siren (Texas tea) and is named after an avid UH alum. The noise is welcomed by Houston fans and it rings often with their high powered offense. In addition, the UH Frontiersmen in their Texas garb carry the University of Houston flag and the Lone Star state flag after each touchdown in honor of their proud state. Perhaps shadowed by the college football giants in Texas and Texas A&M, the events in Robertson Stadium have begun to make some noise in the college football world, and it involves more than just sirens blazing.