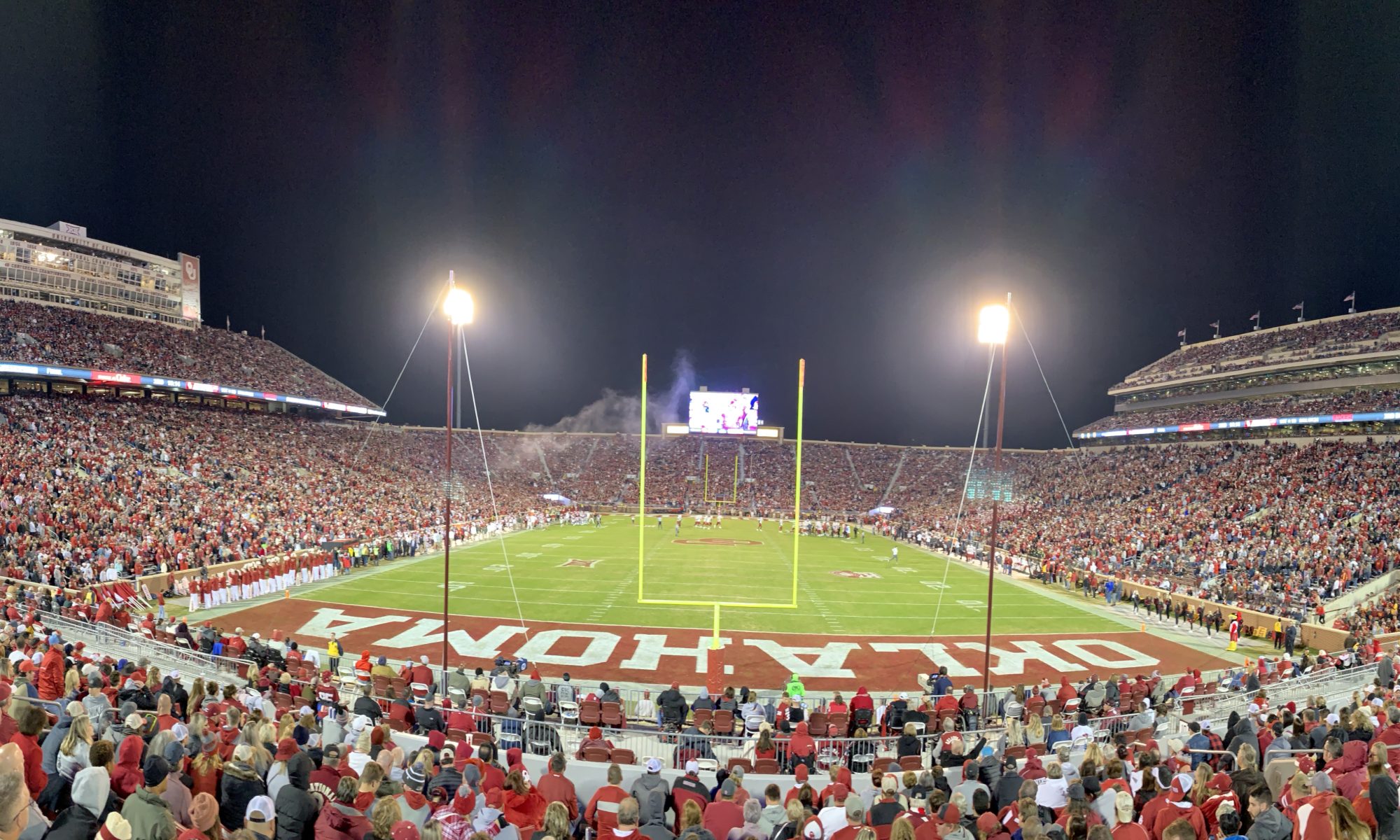 The Sooners have been playing football before Oklahoma became a state, and with each passing decade, their championship legacy has been unwavering. Conference titles, national championships, and Heisman trophies are a regular part of conversation amongst the fan base, and this has created a tradition in Norman, Oklahoma that strengthens the college football world.

The Sooner nickname originated as a term for those settlers in 1889 that claimed Oklahoma territory prior to the time scheduled by the U.S government. The name stuck as a badge of pride and now is the team name for one of college football’s most accomplished programs. The famed Sooner Schooner is the mascot that links this land rush history to the team. The castonega wagon pulled by two white ponies, Boomer and Sooner, rides pregame and after Oklahoma scores. This iconic replica is regarded as one of college football’s greatest traditions.

Caretaking for the Sooner Schooner are the RUF/NEKS and LIL’ SIS programs comprised of spirit leaders and ambassadors of the University of Oklahoma. Shotguns frequently blast on the sidelines for scores and significant game moments and the RUF/NEKS pull the trigger. These groups are some of the most involved spirit squads in the sport and their enthusiasm is palpable.

The pregame Walk of Champions is the perfect gameday starter with fans gathering to welcome their beloved Sooners. You are likely to run into Boomer and Sooner, the costumes mascots for the university along with a few more fun blasts from the RUF/NEKS.

Stroll through Heisman Park to view the statue monuments celebrating the heap of Heisman winners at Oklahoma. Statues honoring the national championship winning coaches welcome fans at Memorial Stadium’s grand entrance. But, these crafted hunks of metal are not necessary to understand the passion and tradition on an Oklahoma gameday. These fans saturate the air with spirit through every “Boomer” and “Sooner” they cheer making Norman an impressive and indelible impression on the terrain of college football.

One Reply to “OKLAHOMA – MEMORIAL STADIUM”